Cricket was the only sport that used to matter before. But times are changing. Indians are taking interest in other sports and making it big in the international arena.

Sometime last year, Satnam Singh Bhamara, hailing from a remote village in Punjab, made headlines when he was drafted into the NBA League. The Ludhiana cager was drafted by Dallas Mavericks and currently plays for D-League outfit Texas Legends. One year later, there is a chance of two more Indians, Palpreet Singh Brar and Amjyot Singh Gill to follow in the footsteps of former roommate Satnam.

Palpreet and Amjyot have applied to be a part of D-League this year. The NBA Development-League is the minor league which prepares players, coaches, officials, and trainers. While over 200 eligible players will vie for a berth in the six-round draft event on October 30, all 22 teams will hold training camps later and trim their rosters to 10 players on November 10.

Palpreet, the 6ft 9in tall youngster from Punjab, has been training at the New York Athletic Club with coach Ross Burn in Manhattan for a while. He is confident despite knowing the fact that he will have to compete against other NBA aspirants from all over the world. Palpreet is a regular in the Indian squad and usually plays backup minutes to Amjyot. In early 2016, he was selected for the D-League after emerging as the ACG-NBA Jump talent scouting program.

Amjyot, the shooting forward has been consistently playing well in the last couple of years. He was one of the main reasons behind India’s win over Asian giants China in the recently concluded FIBA Asia Cup. Apart from that, his performance in Japan while playing professionally, has impressed the American scouts. His Most Valuable Player award in Japan’s National League is a testament to that but the turning point in his career was in 2014 when India beat China for the first time in history.

It remains to be seen whether Palpreet and Amjyot can give India the perfect Diwali gift. But what’s interesting here is the fact that both of them can join Satnam in the D-League and increase the chances of an Indian citizen earning a call-up to the NBA in the near future. Not just that, this will be the best thing that can happen for the future of this sport in this country. 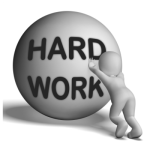