Defying all the economic and backwards conditions, a tribal girl Asha from Panna, Madhya Pradesh is all set to pursue a one month course in Oxford University, London.

Panna district is in the Sagar City of Madhya Pradesh. It has dense forest and mostly the area is covered with jungle. In the midst of this forest is a village Janwar where Asha lives.

About Asha
Asha lives in Janwar village of Panna District in the Sagar City of Madhya Pradesh. Her parents are labourers, and it is difficult for them to spend their lives in a meagre amount they earn. Her parents have no money to send her to a private school, but Asha did not give up.

From skating in summer camp to English classes
Asha always had a knack of speaking English. She participated in a summer camp organised by an NGO. She was taught skating in the camp, and there she expressed her desire to learn English.  The organisation let her appear in a class to learn English. Like many other kids, she would also learn English there. She aced amongst all the kids and seeing her efforts, the members of the NGO encouraged her spirit and asked her to never give up learning.

Asha will teach English in her village
As per Bhopal Samachar, Asha’s mother expressed her joy that her daughter is going abroad to study English. She will teach English to other kids in the village which will improve the education standards in the village. Her father said that he never kept his daughter away from his sight and he is a bit afraid to send her abroad. But he is now happy that her daughter will help the other kids of the village after learning English abroad.

Villagers contributed for tickets
Asha’s parents live on the meagre amount of money, and it was not possible for them to send her abroad. The villagers have contributed money and arranged for her tickets. Asha is delighted to see the efforts of villagers and has promised them to teach English on her return.

One month study course
Asha will stay in London for a month. Her NGO has helped Asha in applying for Visa. The villagers are taking this incident as an example and are encouraging their kids to learn. 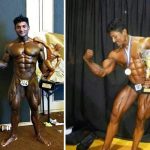 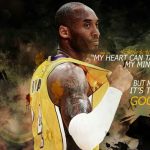