Timothy Ferriss is an American author and entrepreneur. He has written several self-help books which are sold out as one of the best sellers of all time. In this video Tim Ferriss shares the experiences of his life and the philosophy which prevented him from suicide and recipe for avoiding self-destruction, and certainly self-paralysis.

Tim Ferriss shares his circumstances that lead him to commit suicide. In this video he clearly says what are the things that made him depressed and how he fought back against them by setting up his mind using various tools. Here he expresses the use of tool called Stoicism,and how stoicism can be used differently, as an operating system for thriving in high-stress environments, for making better decisions.

He says how he is down with Bipolar DPepression and felt completely trapped by business that made his girlfriend leave and emotionally caught with the death of the close friend due to pancreatic cancer.

According to him the biggest problem of all is ” premeditatio malorum,” which means the pre-meditation of evils. In simple terms, this is visualizing the worst-case scenarios, in detail, that you fear, preventing you from taking action, so that you can take action.

He explains it by using the quote We suffer more in our imagination than in reality by Seneca the Younger, who was a famous Stoic writer.

Then he realised thinking through problems without working on them doesn’t solve any.He then started to capture all the things on the paper to define his fears and called it fear-setting tool. He uses a 3 paper analytical method which helps to solve any problem

In first paper he uses the tool What if I……..? by using the explanations in 3 columns.

He then concludes the page by “so one question to keep in mind as you’re doing this first page is: Has anyone else in the history of time less intelligent or less driven figured this out? Chances are, the answer is “Yes.”.

Page three. “The Cost of Inaction.” Humans are very good at considering what might go wrong if we try something new, say, ask for a raise. What we don’t often consider is the atrocious cost of the status quo — not changing anything. So you should ask yourself, if I avoid this action or decision and actions and decisions like it, what might my life look like in, say, six months, 12 months, three years? Any further out, it starts to seem intangible. And really get detailed — again, emotionally, financially, physically, whatever.

Then he concludes the speech by experiences he felt from the advice “Easy choices, hard life. Hard choices, easy life.” by Jerzy Gregorek who is a four-time world champion in Olympic weightlifting, political refugee, published poet, 62 years old. 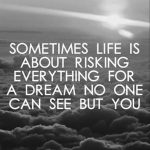 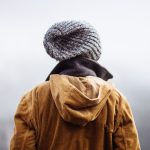