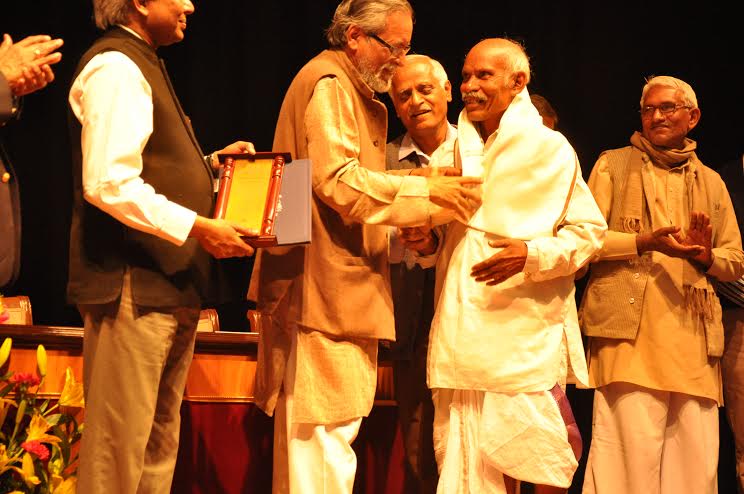 Daripalli Ramaiah is a man on mission to plant trees and bring back the green cover. Wherever he sees a barren spot, he takes out seeds from his pocket and plants them. People say he has planted over a crore trees. Know more about the unsung hero and his extra ordinary work.

“Of all the species that consider the earth as their home, the most exalted is the human being. He supposedly has intellect, can think, can do and can get things done. Nature has bestowed her choicest blessings on this form of life. Therefore, we have a duty towards Nature. Protect the nature; protect everything created by God, for the posterity,” says Daripalli Ramaiah, native of Khammam district presently in Telangana State.

No one knows how it all started. But people in Khammam know Ramaiah as “Chettla Ramaiah”, where Chettu means tree.

Ramaiah is passionate about his work. He recollects that as a child he saw his mother saving the seeds of ribbed gourd for the next planting season. He learnt his first lesson from her. He says, “seed is the secret of evolution. God has given life to it and it proves to the world its existence by giving birth to a plant when wedded to soil, during monsoon.”

The plant then withstands several onslaughts by the humans around her, finally to grow into a mighty tree and save the same people who tormented her. Not satisfied with just her own survival, she strews seeds on the ground to create the future generation and continue with her good work.

The people in Khammam know a person who carries plants on his cycle and seeds in his pocket and pedals miles together, planting trees and strewing seeds with a fond hope that the entire area will be green in the coming years. People say that he has planted more than a crore plants and made them survive.

What is it that he gets in return, is the moot question one asks, in this materialistic world. Satisfaction, contentment and sublime peace is what he gets on seeing the millions of saplings grow around him, taking deep roots to stand erect as huge and mighty trees.

Ramaiah proved to this world that you need not be rich to start philanthropic activity. What you need is passion and the path starts appearing before you, paving the way for the road ahead. Peddling a cycle, holding the handle with one hand and sprinkling the choicest seeds on the sides of the pathways is how he started his long and audacious journey of greening.

“There is no proxy when it comes to praying to a God or planting a tree. You should do it all by yourself to get the benefit,” he adds

To this end, he collected various native seeds such as Bael (Bilva), Peepal (Bauhinia Racemosa), Kadamba (Nanclea Cadamba), Nidra Ganneru (Albezia Soman), Kanuga (Pongamia), Neem (Azadirechta Indica), Erra Chandanam (Red Sanders), and many more and chose the canal banks from Khammam, Palleguda Bridge and started greening the four kilometre stretch on both sides of the path. He raised plants in every small piece of barren land, which have now become huge trees saluting him with all their humility.

His activities did not stop here. He read every available book on trees and in the process planted many trees in the local library premises as also the local temple. He knows the history of almost every tree there. He recollects with satisfaction how he requested the then local MLA to plant a tree and shows it to people with pride. He makes it a point to request any big dignitary visiting his area to plant a tree.

This nature lover not only plants trees but also paints slogans and messages about the environment and the need for trees in Telugu on all the walls of the villages.

Not stopping here, he collects all waste material such as used clutch plates, tin pieces – you name it – and paints slogans depicting the importance of trees. His main slogan is “Vrikshio Rakshati Rakshitah”, which means if you save the trees, they will save you. He wears them as his crown and moves about in his area with pride, jocularly remarking, “Am I not as beautiful as ‘Miss World’? This is my identity.”

One who smears sacred ash is a priest, one who wears Khaki is a policeman and one who adorns a green scarf is Ramaiah, is his reply to all his critics who feel that he is wasting his time.

Yes! He is the uncrowned king of nature. He equates plants with children and professes that both require initial care so that they grow strong to take care of you.

It is not just that he plants trees, he also knows their uses. His profound knowledge acquired by reading old books purchased from the second hand book shops along the road side by means of his very limited resources makes him a walking encyclopaedia on plants.

Once, an elderly person who liked his work gave him Rs. 5,000/- on the occasion of his son’s marriage. He used the currency notes to propagate his mission. Money, or lack of it, does not deter him from pursuing his passion.

A relative who knows only the commercial value of trees advised him to cut and sell the red sanders trees in his court yard which had attained sizable girth. Ramaiah did not give this a thought even for a moment. He said that he is developing a seed bank for posterity and all his trees will only help in producing more trees.

“I do not believe in people who cut trees but prostrate before a stone. For me, Nature is God and God is Nature.”

He collects the seeds every season and raises a nursery of red sanders and distributes the plants for free. He takes whatever anyone gives as price for his plants and uses the money for raising more plants. He is not just an environmentalist but also an economist, sociologist, scientist, mathematician and, above all, a Metaphysicist.

He asks, “Why doesn’t the State plant commercially useful species like Teak and Red Sanders in the waste lands, rear them and sell them in the market?” Maybe the State Governments have to seriously think of this option. (It is learnt that the Govt. of Andhra Pradesh is planning to auction the red sanders seized from the tree mafia. Ramaiah had suggested this as an economic activity and exhibited his fore thought).

Ramaiah became a sculptor also by accident, or should we say, because of an accident.

When he was chased by children while on his cycle, he fell and sustained a fracture. This immobilised him for few months. His undying spirit told him that while his legs are immobile, his hands are still free. Thus he learnt sculpting with the help of nails and hammers. He left no stone un-sculpted with slogans and images of leaves, plants and trees.

“Every sapling that I plant should survive, come what may. That is my motto.”

Once, he found it difficult to break the shells of teak seeds, it being painful and time consuming. While he spent all his spare time on this, he still found that his task was far from being completed. He then made a seat of it for his wife who sits near the fire place for cooking. Her constant movements and her frequent sitting on the bag helped in breaking the shells, making his task easier. This small episode only tells how involved was Ramaiah in his task.

In his journey, his wife also played a very important role. She stood by his side through thick and thin and helped him in fulfilling his passion. He has developed his own green philosophy.

He says, “Instead of giving a fruit to a child, give them a plant. Let them nurture the plant into a tree and enjoy its fruits forever. This way, they learn to love nature. Today children are tomorrow’s citizens. Similarly, today’s plants are tomorrow’s trees.”

What great thoughts. Ramaiah does not require a doctorate to profess these words. He is a highly honoured man in his area. He adorns himself with crowns and scarfs with slogans written on them and parades his area on his cycle like an emperor. All those who heckled him once, adore him now. He has spent his entire life time in greening the land like a soldier who spends his life time protecting his mother land.

There could be many people who have done their jobs with passion, but Ramaiah chose his passion as his unpaid job. There cannot be another Ramaiah when it comes to raising trees. He is a great model of humility and devotion to work. He is an inspiration to many, and at least at this late age, he deserves recognition. 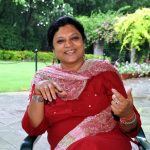 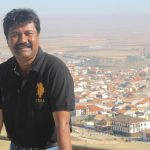