Words like ‘inspiration’ and ‘pride’ are associated with people who are differently-abled, never are the words, ‘strong’, ‘sexy’ or ‘powerful’ used. To remedy that, Project Rising Above, an initiative of Mission Smile – Pledge Your Day, was conceived by co-founder of Mission Smile, Preeti Rai. 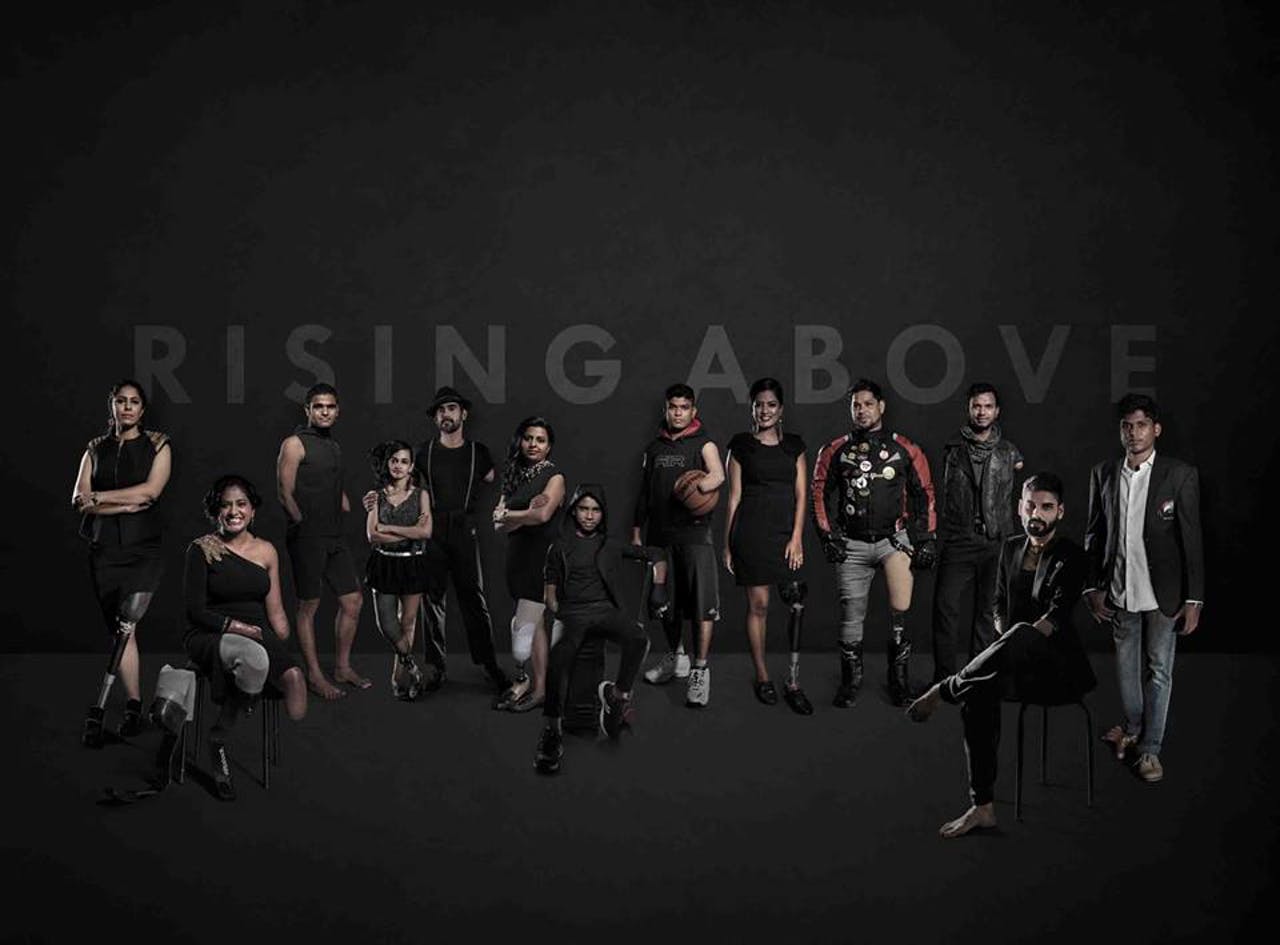 There are reel heroes, and then there are real heroes. The real heroes are the ones who overcome their disabilities and win through sheer determination and strength.

On meeting blade runner and dancer, Shalini Saraswathi during a photo shoot, Rai was struck with the notion that representation of people with amputations or physical defects rarely included elements of style and aesthetics. Usually, the images were projected to invoke pity or inspiration. While, she agreed with the inspiration that these brave men and women display, she wanted to show the world how glamourous they can be, too.

With the goal of celebrating disability and inspiring people, this calendar has been produced by Mission Smile as a part of their project called #RisingAbove.

The models in the calendar are sexy, beautiful and unapologetic about their physicalities, as they pose. Here are the very powerful and alluring images to break all stereotypes of what a disabled person should look like. 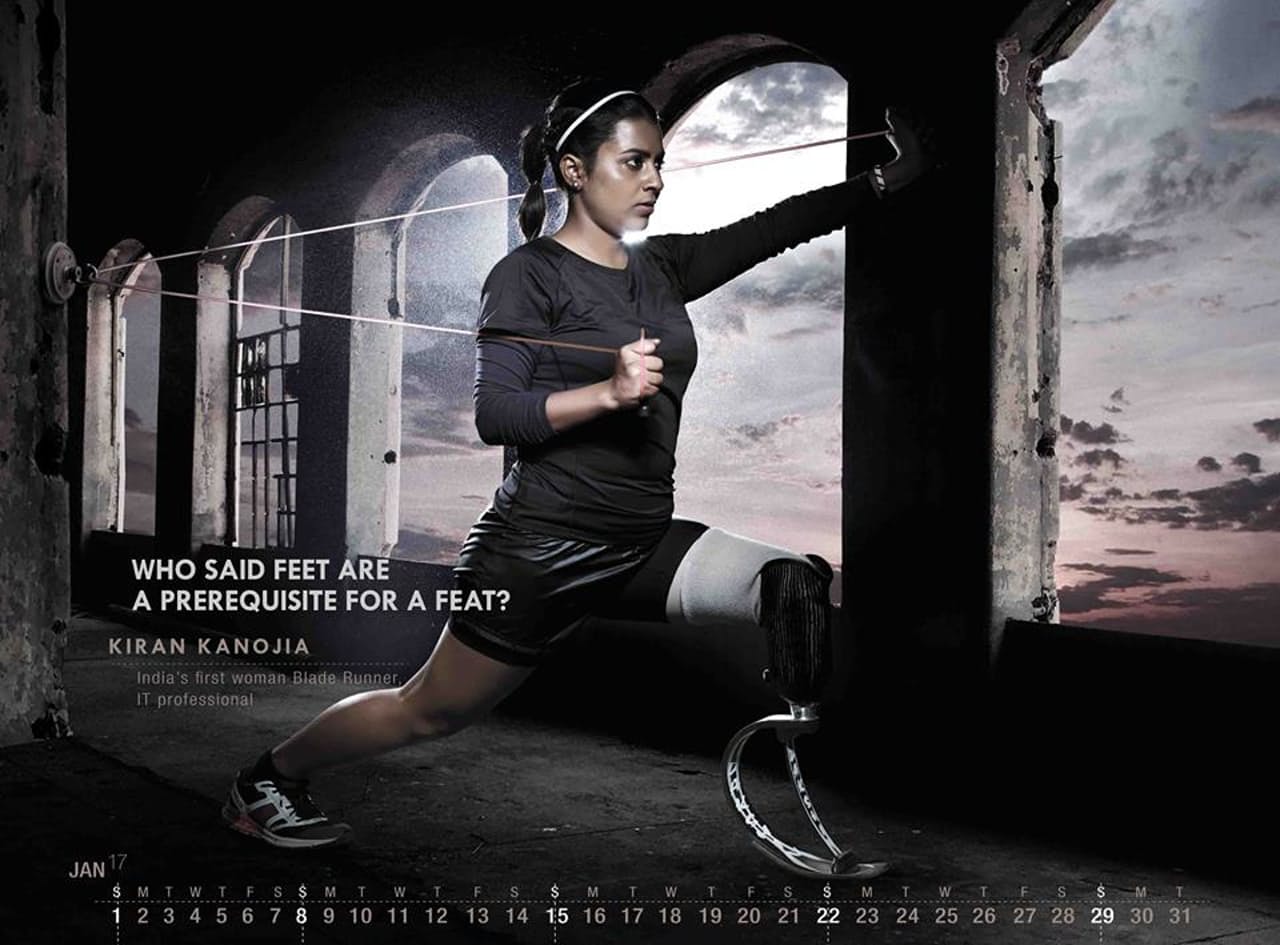 Kiran was travelling by train to Faridabad to celebrate her 25th birthday with her parents. She was sitting close to the door and still had half an hour to reach the location. At Palwal, two miscreants tried to pull her backpack but were not able to do so. One of them then pushed her and she fell off the train. On her way down, her left leg got caught in the door, shattering her foot. The passengers pulled the emergency chain, but amputation was the only option. 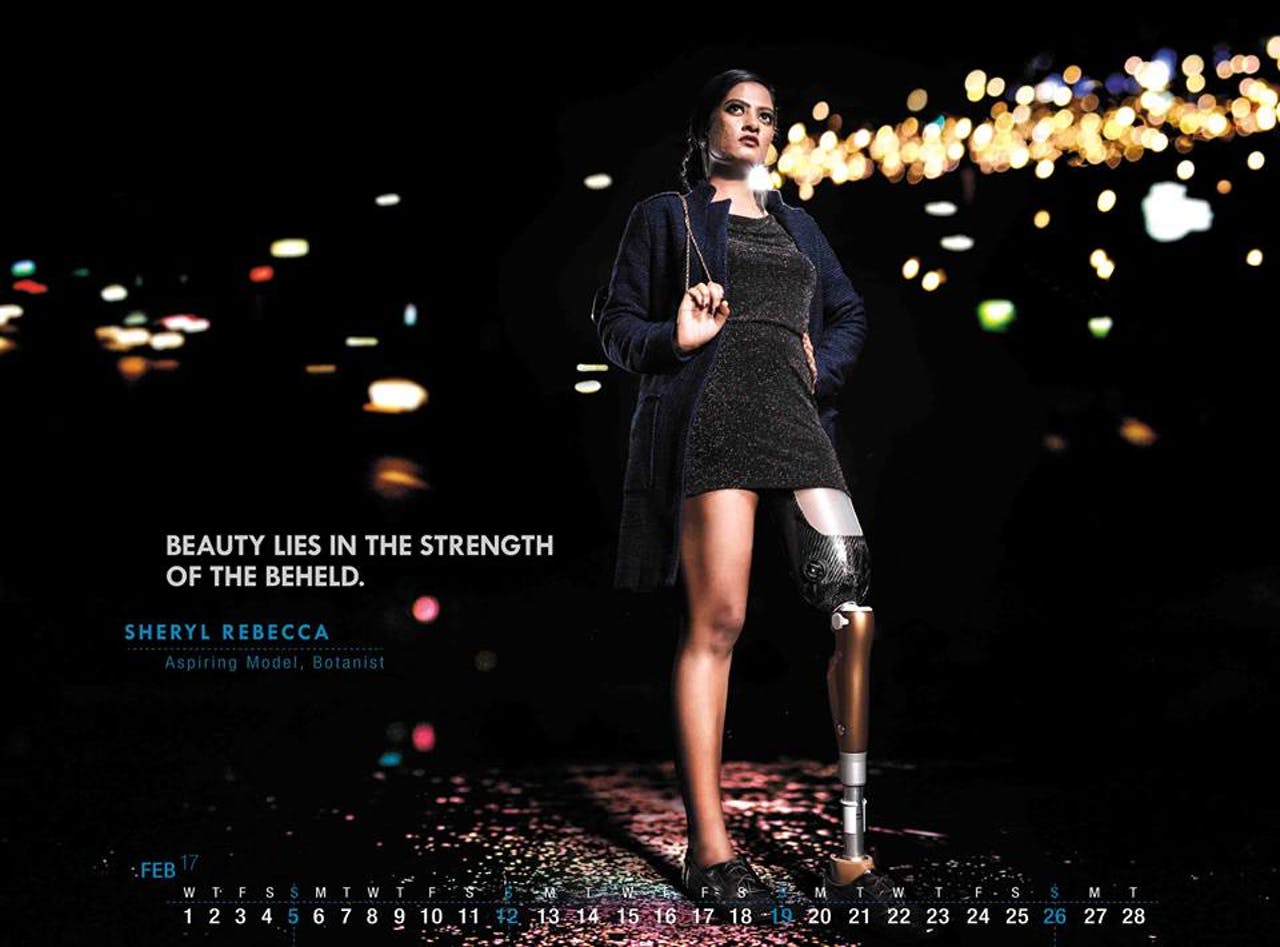 Sheryl, who is pursing her post-graduation in Bangalore, lost her leg nine months ago in a hit-and-run accident. One of her interests is modelling and she has also walked the ramp in her college. 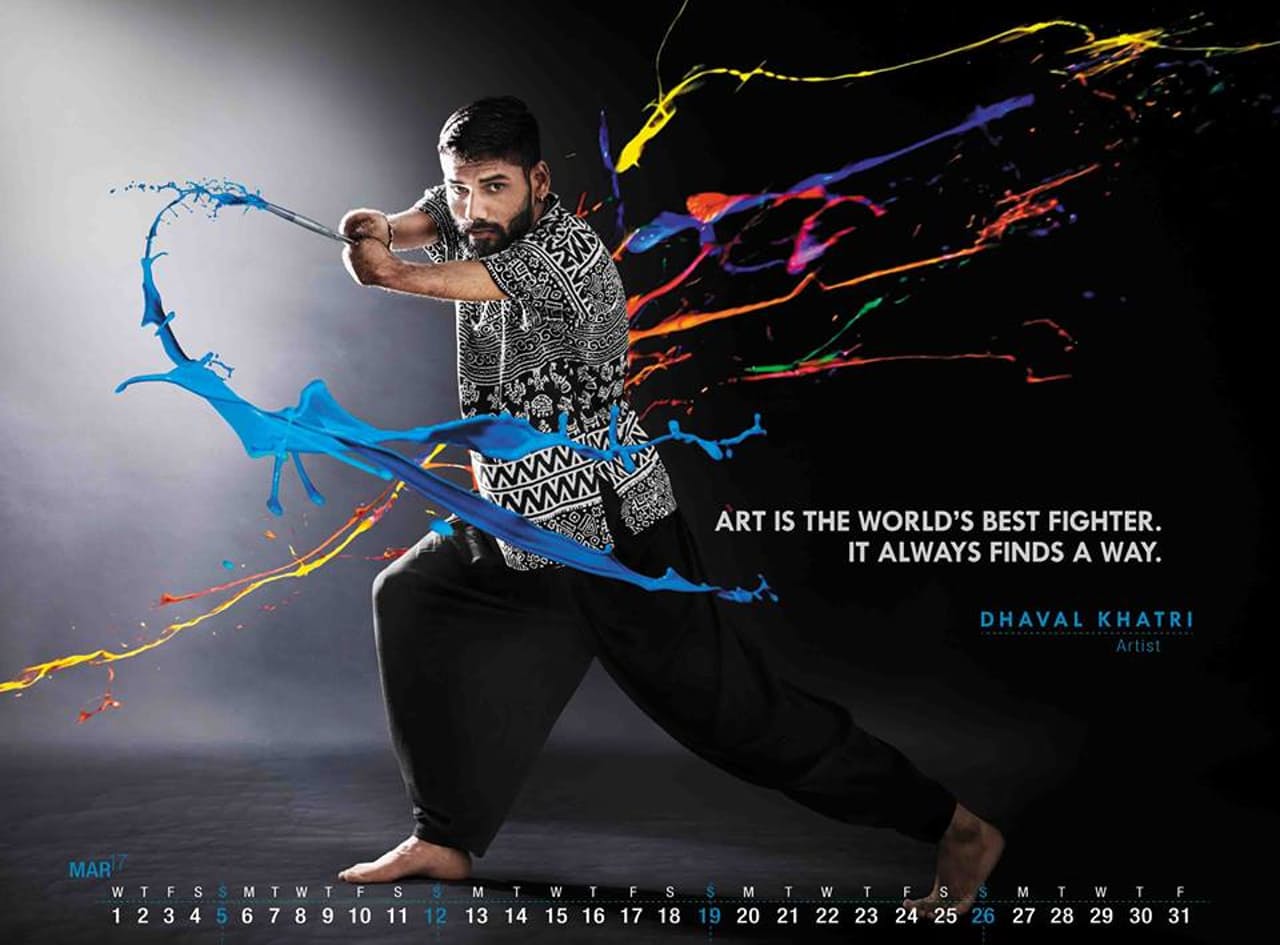 Dhaval lost both his arms at the age of 14. He accidentally embraced electric wires and his hands were badly burnt leading to amputation. Today, the Ahmedabad resident is a renowned painter.

Briju Mohan lost his arm in a bike accident. A Bangalore resident, he works in Cisco and is the co-founder of One School At A Time (OSAAT). Salsa is his forte, and he is also learning contemporary dance form and yoga. 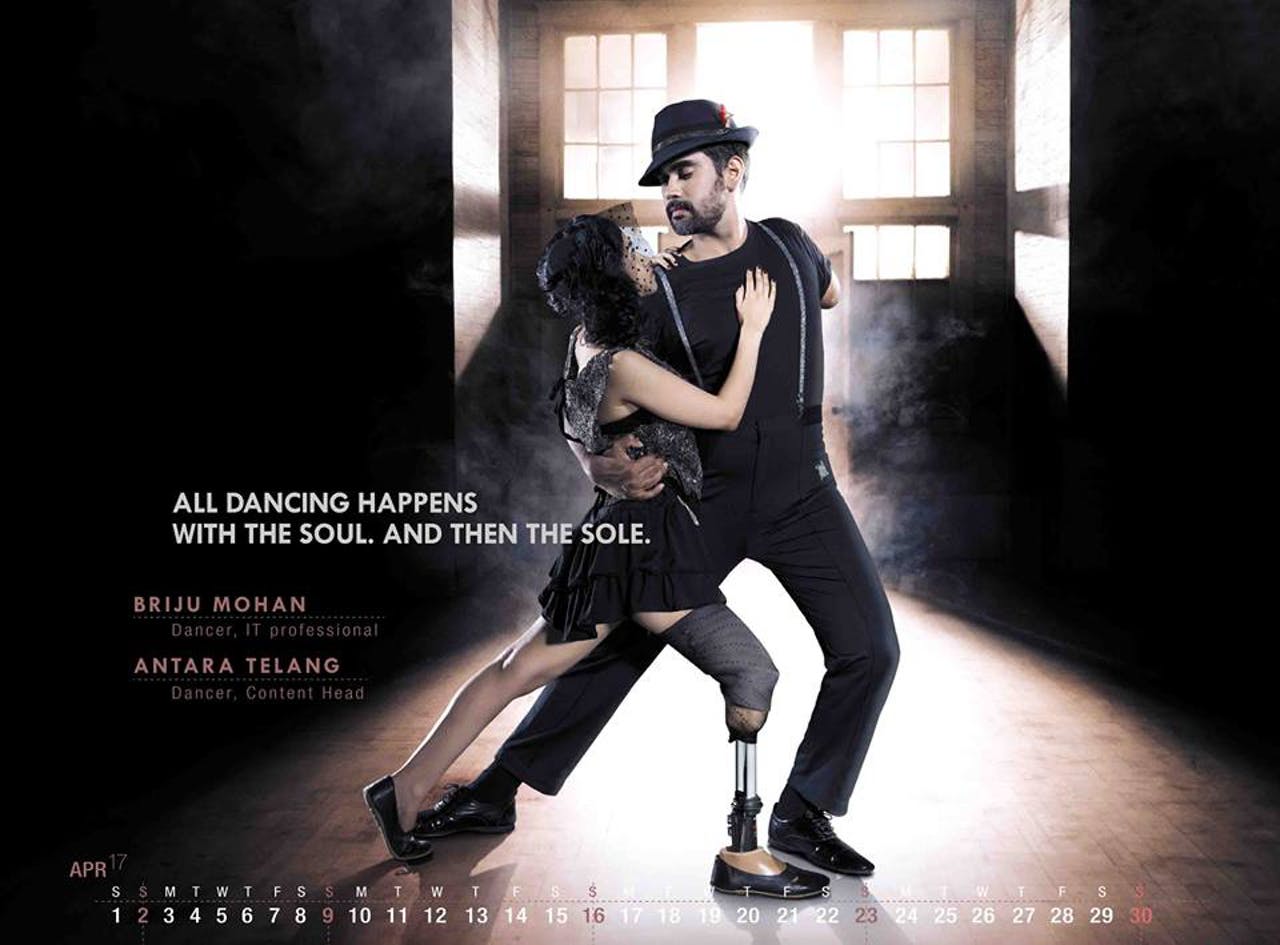 An overgrown tree collapsed over Mumbai resident Antara when she was 18 years old. She lost her leg, but her spirit remained as strong as always. 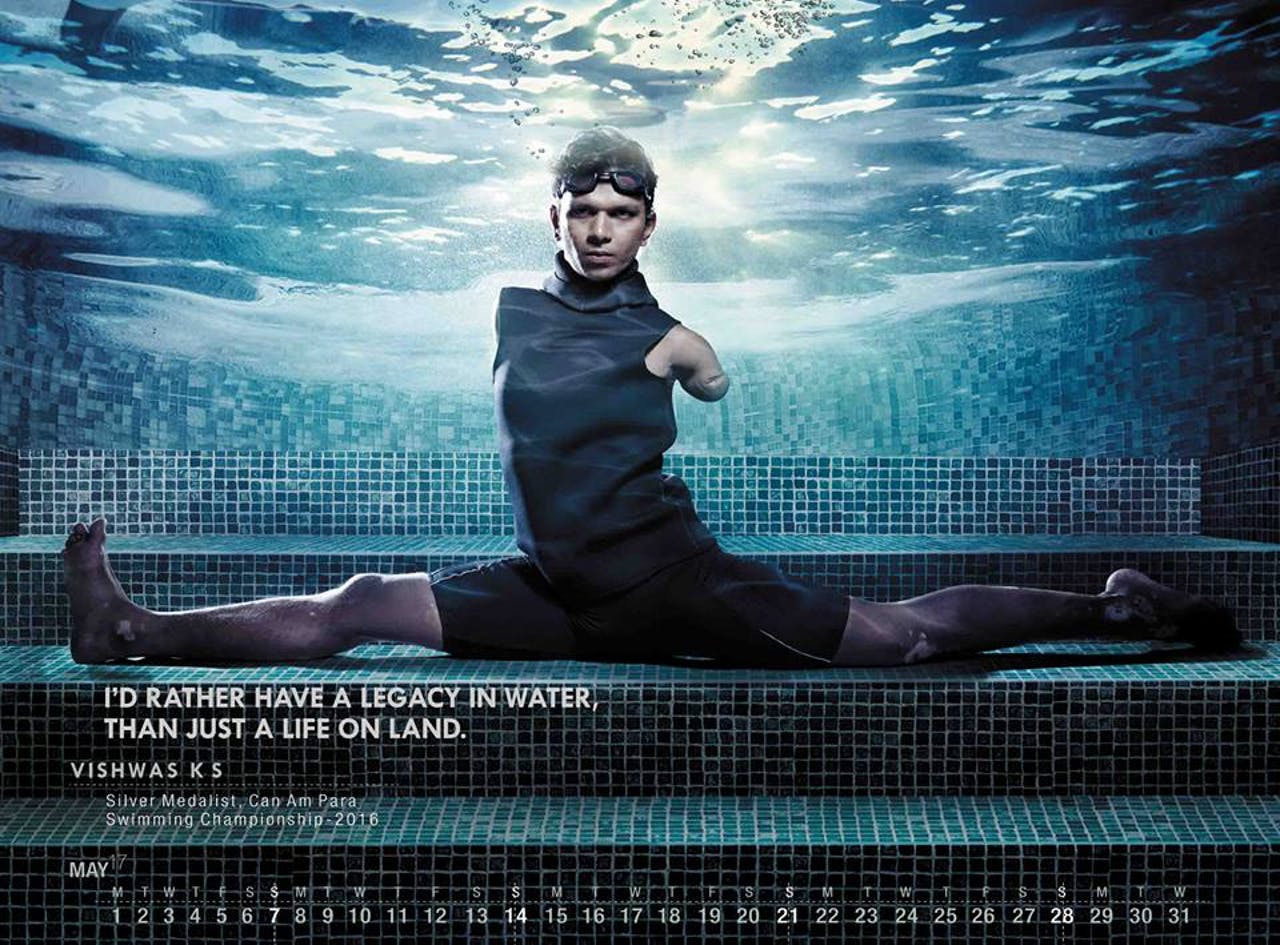 This 26-year-old from Bangalore gave India a new leaf to write history on when he won three medals at the Canadian 2016 Speedo Can Am Para-swimming Championships. Vishwas lost both his hands in a tragic accident when he was 10 years old. Years of extensive training and never giving up hope led him on the road to becoming a professional swimmer. His father, a clerk in the agriculture department, lost his life trying to save Vishwas. 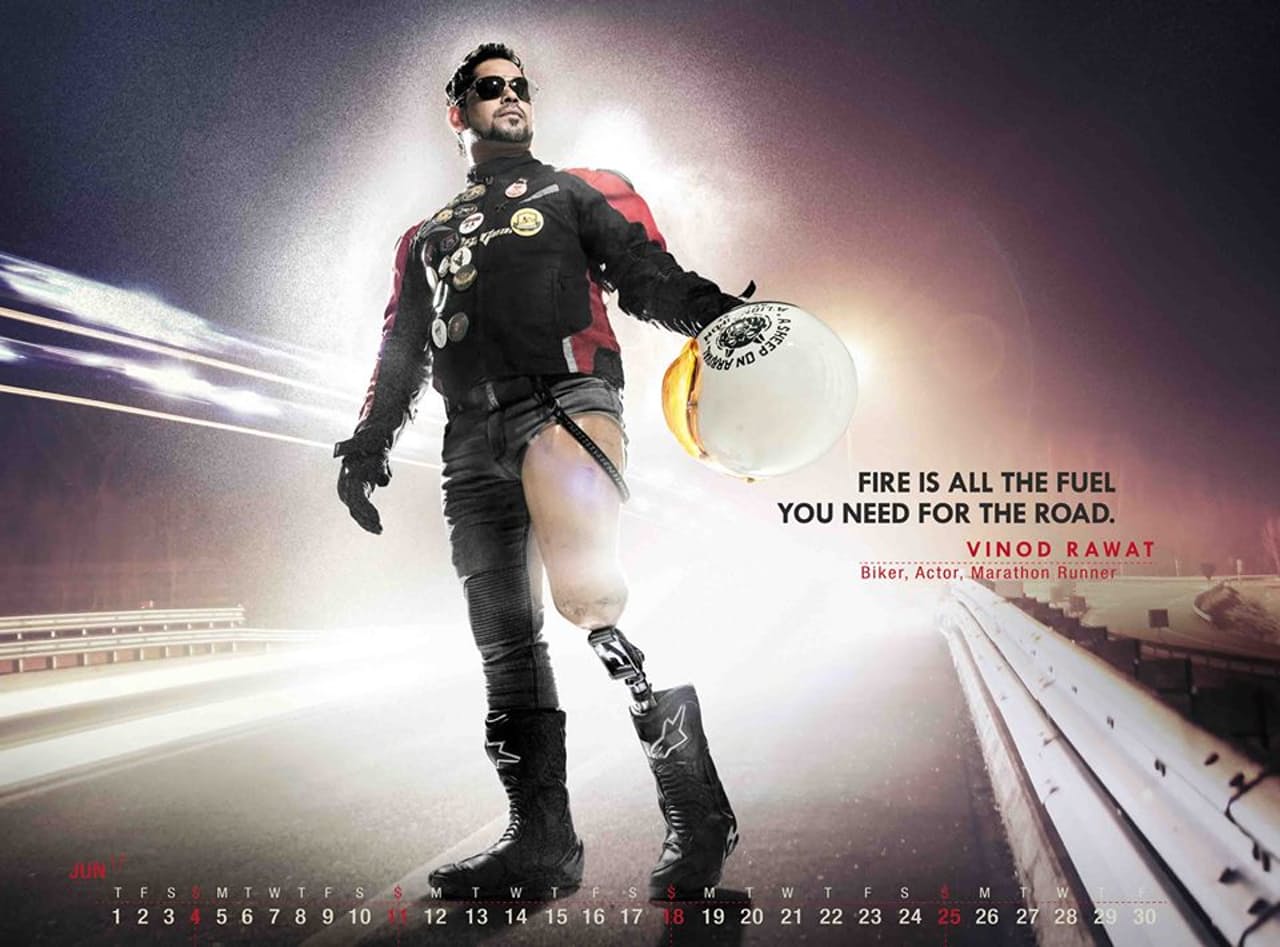 A truck ran over Mumbai resident Vinod when he was six years old. Eventually, he lost his leg because a sum of Rs. 25,000 could not be arranged for his surgery. When he was not allowed to be part of a bikers’ club because of his disability, he founded his own club. 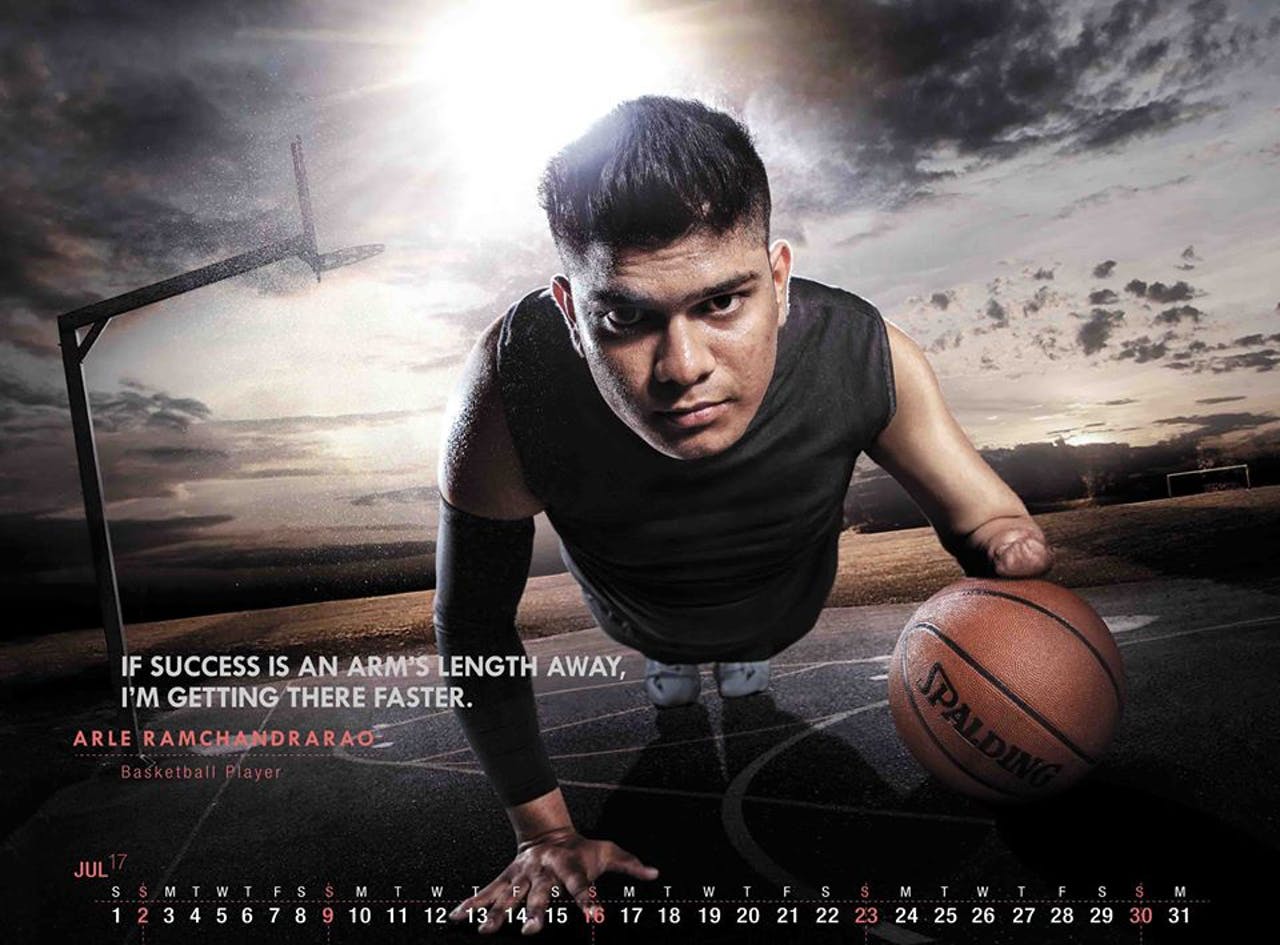 Arle Ramchandra is 18 years old and comes from Peddapuram district in Andhra Pradesh. He was on his way to compete at the basketball nationals in Goa in 2013 when he met with an accident at the railway station. He continues to play and compete against able-bodied players in various district-level tournaments. 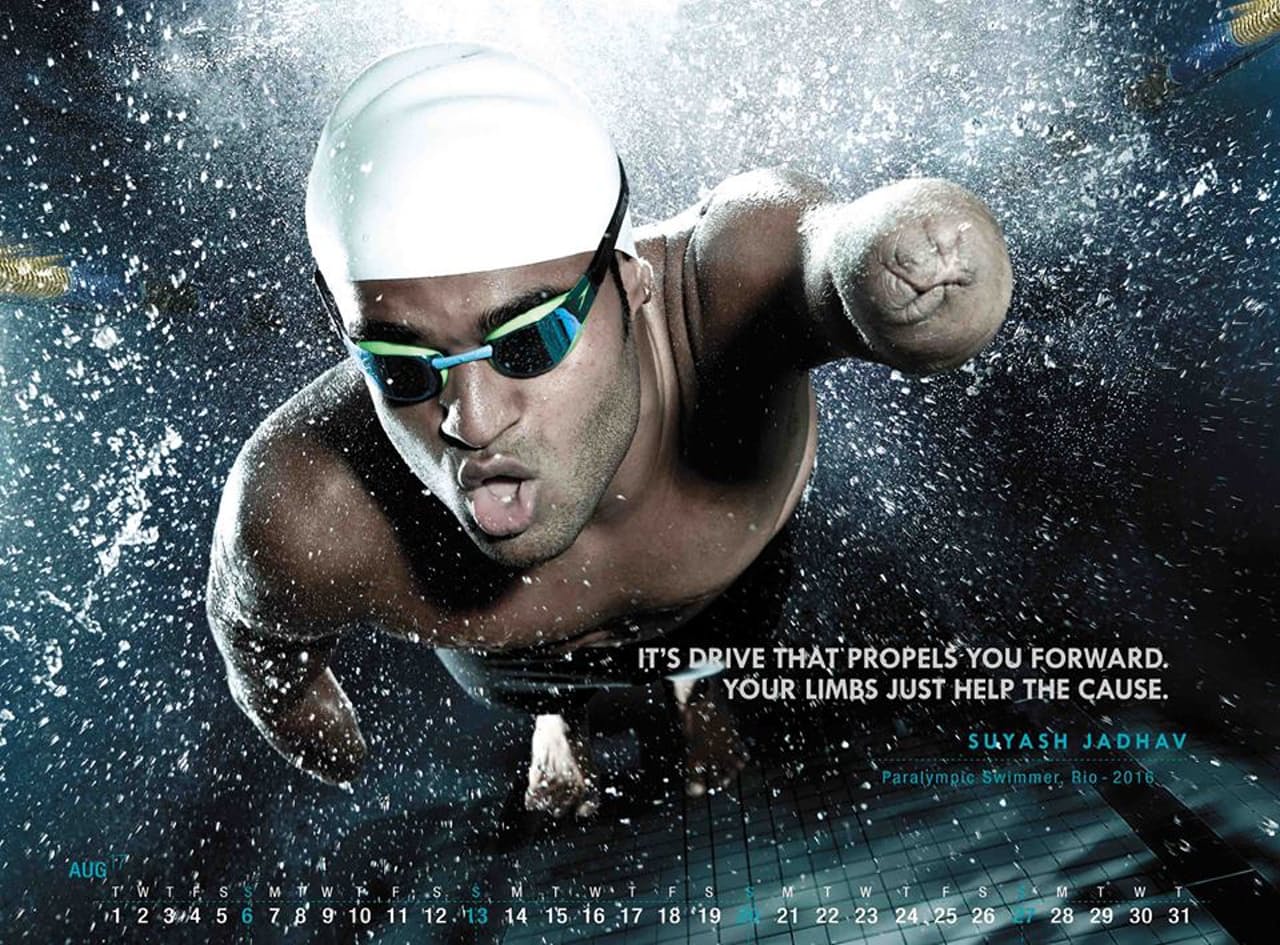 Suyash is a Para Swimmer competing in the S7 category. He is the only Indian Para Swimmer to have achieved the ‘A’ qualifying mark for the 2016 Paralympics through the Para Champions programme. 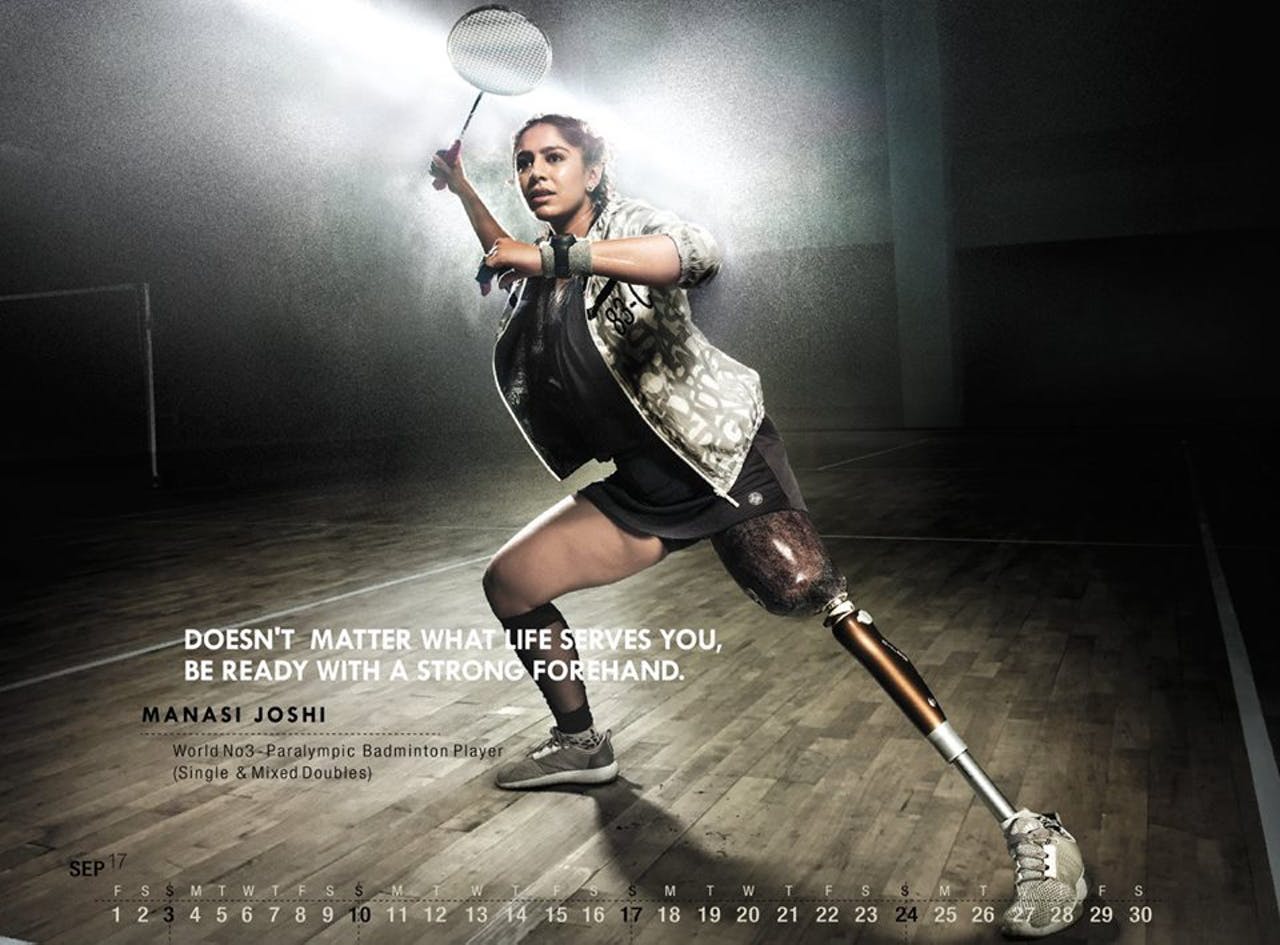 Manasi Joshi is an Indian Para Badminton player who aspires to win gold at the Olympics in Tokyo. World no. 5 in singles and world no. 3 in mixed doubles, she lost her left leg in 2011 in a road accident. Just before the accident, she won silver in a corporate badminton tournament and went on to win gold in 2012 – this time with one leg. 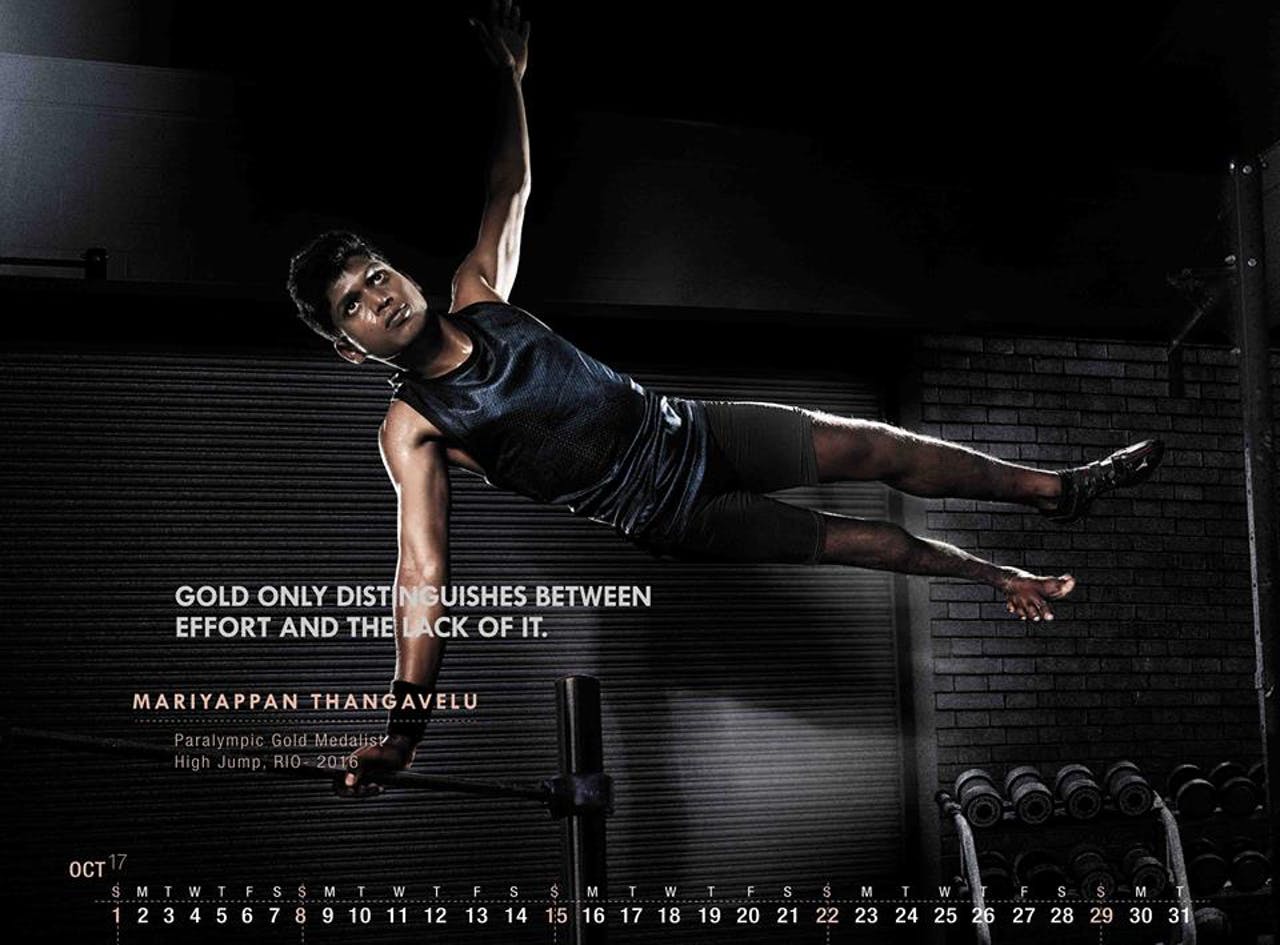 Mariyappan is a Paralympic High Jumper and India’s first gold medallist since 2004. He was born in Salem district of Tamil Nadu. After his father abandoned the family, his mother raised the kids alone – working as a daily wage earner and a vegetable seller. At the age of five, Mariyappan was run over by a bus while walking to school. The wheels crushed his knees and he became permanently disabled. Despite this, he completed secondary school and didn’t see himself different from other able-bodied kids. 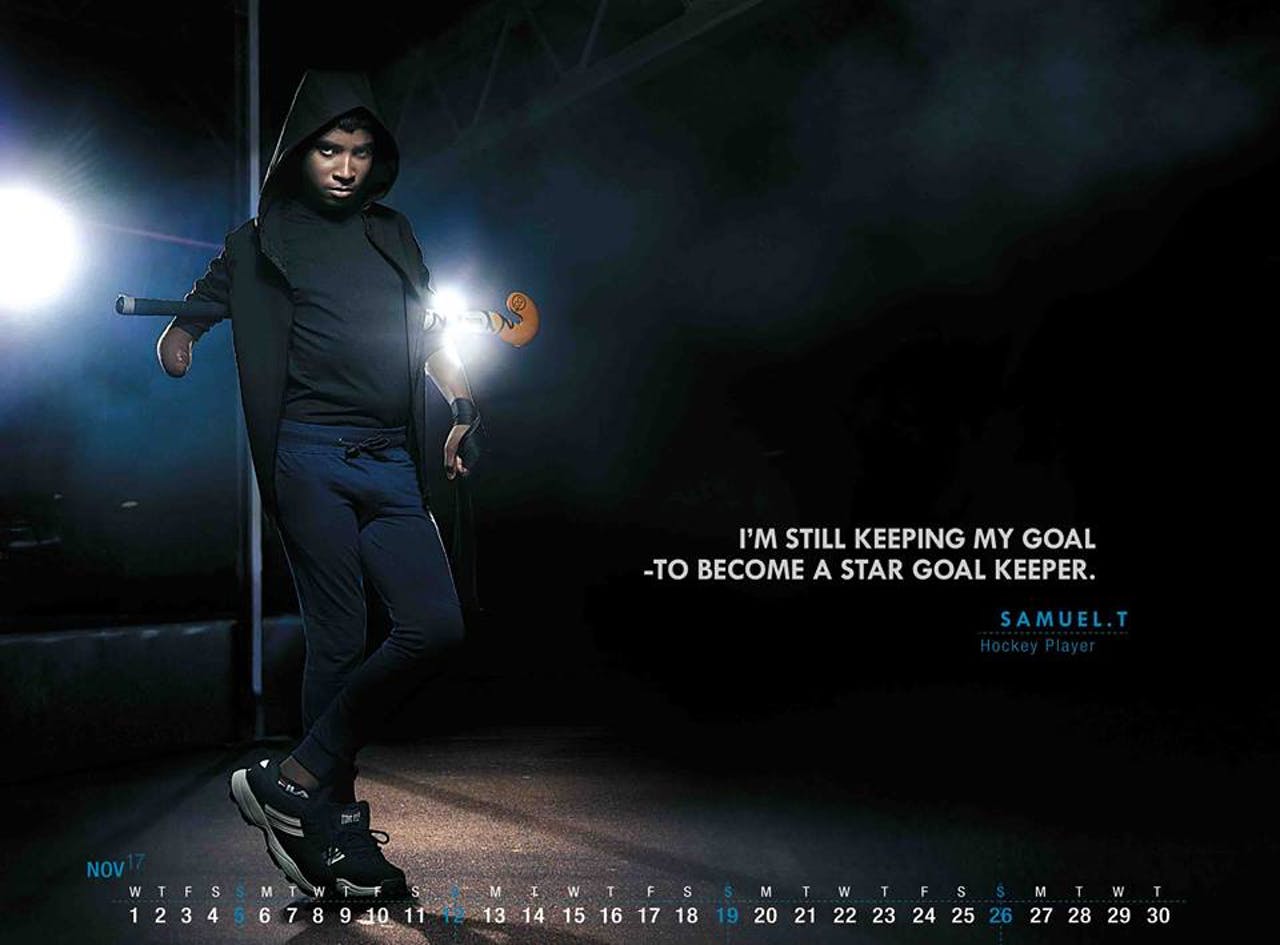 Samuel, a 13-year-old from Bangalore, was six when he lost his right hand. He was playing with a live wire and was electrocuted. His grandparents couldn’t afford to take care of him any longer so they admitted him into St Mary’s Orphanage. 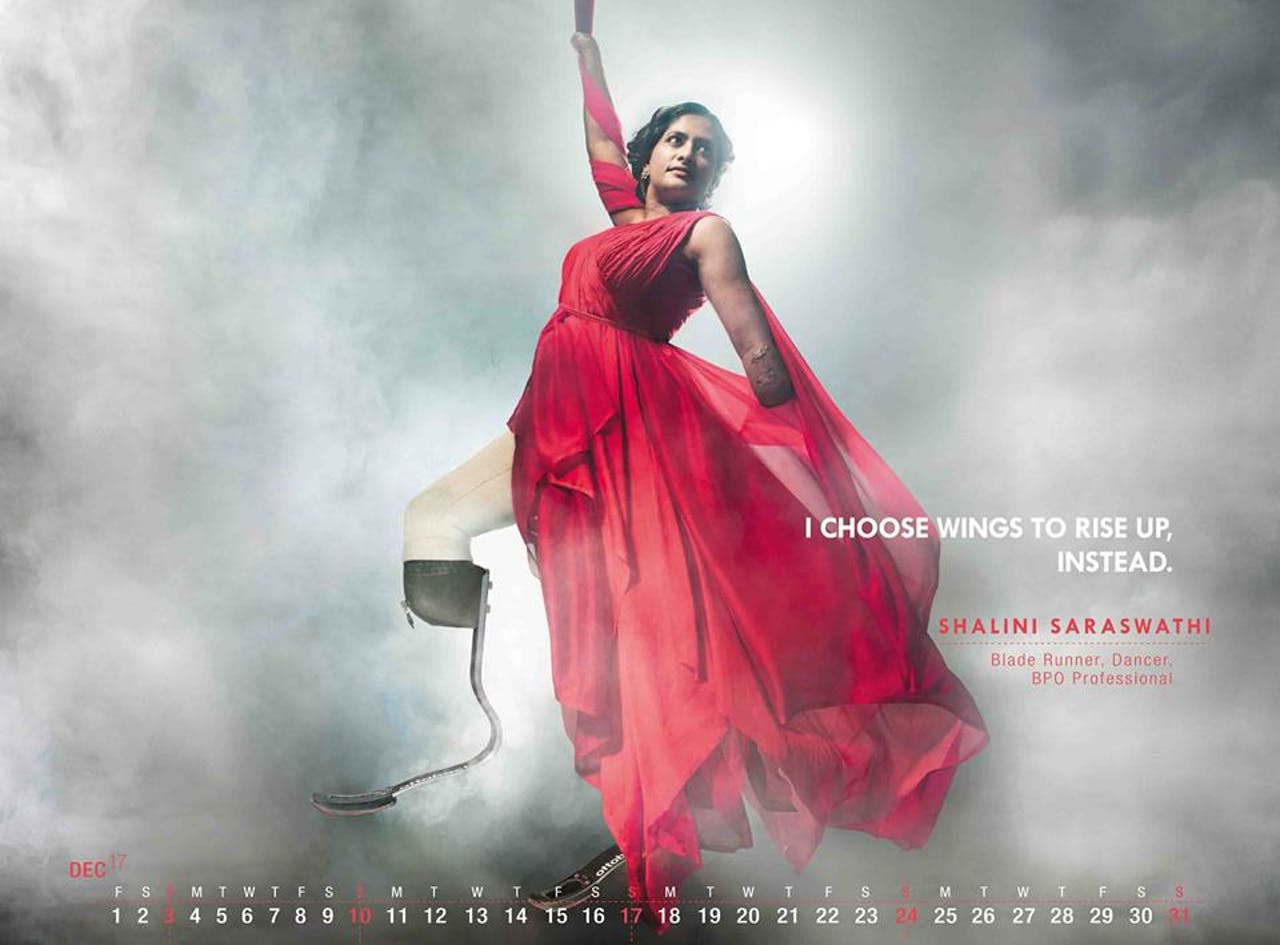 A Bangalore resident, Shalini suffered from Rickettsia with morts, a rare bacterial infection. She had a mere 5% survival chance. Her left hand was amputated in 2013 and her right hand dropped off on its own. Her legs fell prey to gangrene next. She took part in TCS 10K 2016. A trained Bharatanatyam dancer, she also like salsa and contemporary dance. 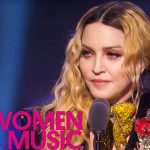 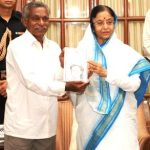