The story of a man with four wives 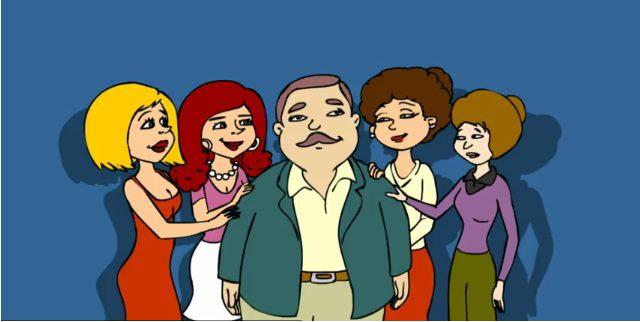 There was a man with four wives. He loved his fourth wife the most and took a great care of her and gave her the best. He also loved his third wife and always wanted to show her off to his friends. However, he was always had a fear that she might runaway with some other man. He loved his second wife too. Whenever he faced some problems, he always turned to his second wife and she would always help him out. He did not love his first wife though she loved him deeply, was very loyal to him and took great care of him.

One day the man fell very ill and knew that he is going to die soon.
He told himself, “I have four wives with me. I will take one of them along with me when I die to keep company in my death.”

Thus, he asked the fourth wife to die along with him and keep company. “No way!” she replied and walked away without another word.

He asked his third wife.She said “Life is so good over here. I’m going to remarry when you die”.

He then asked his second wife. She said “I’m Sorry. I can’t help you this time around. At the most I can only accompany you til your grave.”

By now his heart sank and turned cold. Then a voice called out: “I’ll leave with you. I’ll follow you no matter where you go.” the man looked up and there was his first wife. She was so skinny, almost like she suffered from malnutrition.

Greatly grieved, the man said, “I should have taken much better care of you while I could have!”

Actually, we all have four wives in our lives.

a. The fourth wife is our body. No matter how much time and effort we lavish in making it look good, it’ll leave us when w die.

b. The third wife is our possessions, status and wealth. When we die, they go to others.

c. The second wife is our family and friends. No matter how close they had been there for us when we’re alive, the furthest they can stay by us is up to the grave.

d. The first wife is our soul, neglected in our pursuit of material wealth and pleasure. It is actually the only thing that follows us wherever we go. 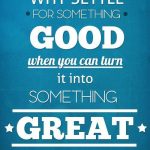 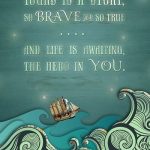