The Indigenous in the world are the highest oppressed and suppressed people during the various phases of human civilization on this earth. This continues to date.

The Indigenous are also the most innocent and gullible flock of people who are easily manipulated by others for their socio-religious and economic expansion.

What is Indigenous philosophy?

The Indigenous sees spirit/soul in all living, non -living things in the nature. They co-exist and associates with the nature as a family.

For example; the Tani Tribe in Arunachal Pradesh accepts the sun as mother, the moon as father, the Earth also as mother, likewise the stone as our elder brother, the animals and birds are also relatives.

These are our past, present and future ancestors. There cannot be a statue or concrete house of worship as we are relatives of the nature.

The characteristics of nature is democratic, freedom is the scripture, diversity is its colour, and we are a part of it.

This is the truth, and this is the core philosophy of indigenous way of life. To make things clearer, we can see these examples: – In Tani Philosophy, Jimi Jama (Nothingness) is the centre of the creation.

In Tani philosophy the nature is one. We can see/feel and touch everything, but we cannot hold on to any single entity and begin to worship it by saying that this is the God.

There have been numerous studies/researches on Indigenous people, but the indigenous philosophy was never correctly understood by the world; rather the words like Adivasi/Tribal or junglee is used to abuse the Indigenous people.

The people of other religion and culture has entered from the back door and convinced many indigenous to have inferior feeling on own philosophy and existence saying that your language/dialect is poor, you don’t have religion, you don’t have God, you are backward, you are uncivilized; we are here to civilize you, to help you. And they gave their God to indigenous people.

They gave their religion and culture. Slowly we started cultural suicide, unknowingly, we started forgetting our own ancestors. We lost ourselves.

They have taught us to see the nature in their way. We started losing the Indigenous religion of conversation and coexistence with nature. Now we are standing on the crossroad with a confused mind.

There can be a religion without any written scriptures like Bible, Gita, Quran etc.  You can be religious without following any organized religion. The nature cannot be organized by human being, rather it organizes us. The knowledge of tuning with nature is our religion. We have many rituals to converse with the nature.

Nature is our scripture, our law. We are directly disciplined by it.  We have many means and ways to listen, read and understand the nature’s known/unknown/silent languages. The nature is mysterious in character, so many rituals have been created to connect with the various forms of nature.

Dr. Bhimrao Ambedkar says, “Those who does not know their own History can never create History.” The people who are devoid of their root, own language, festivals, ancestral memories, such people can never save their own culture. The Indigenous philosophy is hidden in culture.

The mere wearing of traditional dress/ornaments/ singing/dancing will not save our culture. We have to understand the core philosophy of Indigenousizm which is even beyond rituals. Because rituals are the outer circle/layer of the core philosophy. It is born out of it. If we don’t know our history/philosophy than someone else will write about us on their own way and for their benefits.

Slowly our civilization is destroyed in this way. The chain of mental imprisonment is created. When we realize, it is too late. Our roots are already forgotten. We start to fight back, trying to break the chain of this imprisonment.

And then another history begins but the new generation suffers and struggles to rewrite the history. So, we cannot commit the crime of dispelling the cultural and ancestral memories of our Tribe.

For example, we all know; how we (Arunachali) had to struggle for deletion of words like “Abor” and “Dafla” (which means uncivilized/criminal) from the constitution of India. These names were given to us by some outsiders, although we are Adi and Nyishi since time immemorial.

Now we are fighting for the word “INDIGENOUS/ADIVASI”. This is why we need to know and be aware of our own history, cultural heritage and traditions, which has to be protected and written by ourselves.

The conversion to any religion means conversion to another culture, as slowly we have to leave our culture in the influence of that adopted religion. The Adivasi/Indigenous is not a religion; it’s a civilization, and it’s a culture which is totally based on the nature. One cannot say that people who does not follow any organized religion does not know anything about spirituality.

In Tani language, the seen and unseen force/spirit/soul of the nature is called as “WYU.” This wyu is the source of life – like the paddy gives life, water gives life, sun rays give life, the mountains, trees all give life.

Whatever we see and eats are wyus. We accept the priest/Nyubu as the link/bridge between the nature and human beings, as they understand the silent language of the nature. We cannot worship any single thing in nature and cannot make any statue. How we can make a statue of rivers, Paddy, mountain, clouds etc?

The statues are made out of mud but how we can make a statue of the mud itself? How can we bind the boundless by creating statue? These are the various form of wyu or Jimi-Jama. In Nyishi tribe we call this oneness out of nothingness as ‘Nyokum’. This is our festival, given by our ancestors.

We celebrate the diversity/freedom/Democracy in our own way. And we are existing in a big temple. We don’t have the concept of God, we don’t accept spirit as God either. This is why we don’t create temples, statues. This is our own way of understanding the spirituality; taught by our ancestors.

Likewise, Hindu, Christian, Buddhism, Jainism etc also are not only religion. It’s a civilization. They have their own cultural and traditional systems. The Hinduism is vast civilization and way of life.

They have their own great philosophy and a social segregation of human population into caste system- Brahmin, Kshatriya, Vaishya and Shudras. Any individual accepting Hindu religion has to come under one of the castes as mentioned herein. And we will start other way of worshiping.

The church never talks about our ancestors, our culture, traditions and social systems. We start denying our own festivals…and many more. Spirituality is nothing to do with all these changes.

Why we need ‘Indigenous/ Adivasi’ word in Census of

As explained above ; Indigenous word itself is not only a symbol of religion but it also identifies culture, traditional and social system which is distinct and different from any other religion and culture.

Indigenousizm is a civilization and way of life. In India every state has some indigenous population, more than 750 different and distinct tribes are there.

Indigenous being a distinct group, we have no Indigenous religion column in the Form of census of India since 1951.

Whereas the tribal/Aboriginal/Animist words were mentioned in the census Form from 1871 to 1941.

As per available records the Indigenous were recorded in the census as:-

The mention of Tribal/Aboriginal/Animist word were removed after independence and we were just known as Scheduled Tribe for official purpose. The Indigenous are the aboriginals, who were dwelling in their respective places, since time immemorial.

As we can see, how the word aboriginal was removed from census Form from year 1951 under the than Congress Government in Independent India.

Now the word “indigenous” itself is in danger and in verge of erased from history of civilization. The Indigenous word is not just a word, but it is our Philosophy, culture, religion, Tradition, Language, Literature and symbol of democratic ancestral system.

The provision under ST is reviewed and extended every ten years and this can be abolished/scrapped any time. The ST status does not comply our Tribal philosophy, culture, tradition and tribal way of life.

We are just Indigenous, whether scheduled or non-scheduled.

The ST status symbolizes the backwardness of certain group of people in the modern governance system, like the SCs /OBCs are Hindus but underprivileged at a point of time. Whereas we Indigenous are democratic and independent group of people living in its own way since time immemorial.

And we do not have any caste system among the tribes. Whenever we accept Christianity, Hinduism, Buddhism, Jainism, Islam etc; we are no more Indigenous.

Religion should not be a component in census calculation rather community of an individual could be taken. But if at all religion has to be included in census then Indigenous also should get this right.

Exclusion of Indigenous from census seems to be unconstitutional and a systematic design to assimilate Indigenous into a larger religious groups. This goes against the United Nation declaration on the rights of indigenous people.

The UN declaration clearly recognizes the indigenous peoples Right not be subjected to forced assimilation or destruction of culture. By not allowing the Indigenous to identify with their religious beliefs, the state violated both the commitments – To secularism enshrined in the constitution and equality proclaimed in the United Nation declaration on indigenous rights.

The constitution of India guarantees freedom of religion under Article 25 to 28, but the census does not allow many Adivasi/Indigenous groups the freedom to identify themselves with their own religious practice and beliefs.

Exclusion of Indigenous in the religion column of census form has created confusion and forced many indigenous groups to opt one of the organized religion. This demand is for recognition and inclusion of that “Indigenous/Adivasi code” practiced by millions in the official Government documents in future.

The Adivasi/Indigenous are the aboriginal of this country, so we have the same right to protect our identity, culture, language and oral values with the word Adivasi /Indigenous, like any other communities/Religious groups in the country. The word religion is not only matter of spirituality but the whole system like culture, tradition, language is engulfed in it.

Therefore, we demand that: THE WORD INDIGENOUS/ADIVASI SHOULD BE MENTIONED IN THE

RELIGION COLUMN OF THE FORM IN CENSUS 2021, JUST LIKE THERE IS MENTION OF HINDU, CHRISTIAN, MUSLIM, BUDDHIST, JAIN, FARSI ETC. We request the state government to implore upon the census of India to accept our demand.

Read another article about North East Peace Silk at dontgiveupworld.com 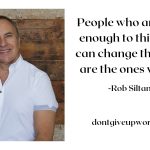 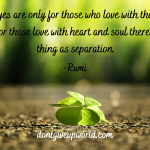