Elizabeth “Liz” Murray was born September 23, 1980 the Bronx, New York, to poor, drug-addicted, HIV-infected parents. She became homeless just after she turned 15, when her mother died of AIDS, and her father moved to a homeless shelter. Murray’s life turned around when she began attending the Humanities Preparatory Academy in Chelsea, Manhattan. Though she started high school later than most students, and remained without a stable home while supporting herself and her sister, Murray graduated in only two years. She was awarded a New York Times scholarship for needy students and accepted into Harvard University, matriculating in the fall semester of 2000. She left Harvard in 2003 to care for her sick father; she resumed her education at Columbia University to be closer to him until 2006 when he died of AIDS. As of May 2008, she was back at Harvard working towards her degree with plans to graduate with a degree in Psychology in June 2009.

Her life became a movie in 2003 and she now works as a professional speaker, representing the Washington Speakers Bureau. That now transforms the lives of others, from student groups to business audiences in need of inspiration to overcome their own obstacles.

THE PERFECT EXAMPLE OF WILL POWER.
AS her life is now a 3 times EMMY nominated documentary film 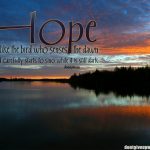