There is no bigger pain than that of separation. And for a person who has never lived alone, it is very hard to move away from the family. Particularly at a very young age. The uncertainty of the unknown, being lonely in a city full of strangers, and the homesickness that comes with such a decision, makes it harder to take the step. For a mother too, it is very hard to part with her kids, but she makes that sacrifice for their future.

This is an inspiring and true story of Sadanand. He went to the city of Aurangabad to give wings to his dream, leaving his village and his family behind. He dreamt of carving out a better future for himself and his community. He joined Jawahar Navodaya Vidyalaya in Aurangabad, away from his parents and village. He knew good education was the only way to change the world. While he studied hard and battled loneliness in a new city, his parents too suffered pangs of separation. But all the effort was worth it when Sadanand achieved his goals.

Sadanand’s story is one of many such inspiring success stories at Samsung Smart Class. It is an initiative to introduce new learning methods with the help of Samsung tablets, Smartboards and other devices in the classes of Jawahar Navodaya Vidyalayas across India. It indeed shows that ‘dreams become bigger when people and technology come together’.

The 4-minute film shows how kids participate in modern ways of learning through technology and it inspires young India to use technology to educate, train and up-skill as it also connects to government initiatives like Digital India, Make in India and Skill India, etc.

Samsung Smart Class aims to bridge the digital gap between rural and urban India and provide equal opportunities for quality education to children from all backgrounds. Over 7,400 teachers have been trained on how to use interactive technology in their classrooms.

It uses interactive modules like videos, animations and multimedia presentations that have a greater impact on students as compared to traditional methods of teaching and learning. Complicated concepts become easy to grasp in a modern and interactive environment.

The film, #SapneHueBade by Samsung, focuses on a commitment to positively transform communities and create a better life for people through its citizenship initiatives with the help of technology. Launched in 2013 in association with Navodaya Vidyalaya Samiti, Samsung Smart Class is the company’s flagship citizen programme in India, currently available in 398 Jawahar Navodaya Vidyalaya schools, benefiting over two lakh students.

The Don’t Give Up World Team  congratulates Samsung  for this campaign and hopes that more talented children from low socio-economic backgrounds are able to give wings to their dreams. 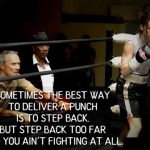 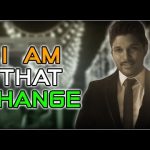