The inspirational story of Irrfan Khan

Irrfan Khan, one of Bollywood’s most beloved stars who had achieved considerable success in Hollywood. Best known to western audiences as the police inspector in Slumdog Millionaire and for his roles in Jurassic World and Life of Pi, Khan was a Bollywood mainstay, acting in hits such as Haider, Piku, and Hindi Medium. Irrfan Khan won National Film Award for Best Actor for Paan Singh Tomar.

Irrfan Khan was born Saahabzade Irfan Ali Khan in Jaipur in 1967, the son of a tyre seller, and went to National School Drama after failing as a cricketer. He struggled to make headway in the film industry, despite being cast in a small role as a letter writer in Mira Nair’s 1988 Salaam Bombay! – to his frustration, he only managed to find regular work in TV soap operas.

Irrfan Khan’s breakthrough role came from an unlikely source: the feature debut of British director Asif Kapadia, The Warrior, was shot in India. Released in 2002, The Warrior was selected for the prestigious San Sebastián film festival and won the Bafta award for best British film. he subsequently broke into mainstream Indian films, often playing cops or villains – including the title role of Maqbool, Life in a … Metro, Haasil, Talvar.

Meanwhile, Irrfan Khan found box-office success with the film Lunchbox, in which he played who is about to retire from his job of accountant who strikes up a letter-writing romance with unhappy housewife Nimrat Kaur. Piku is comedy-drama where Irrfan khan stuck between the father-daughter duo, and Hindi Medium, as a rich businessman trying to get his daughter into a good school of Delhi. The last movie of Irrfan Khan, Angreji Medium, single father is trying to get admission to London. 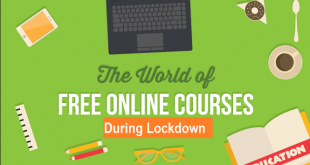