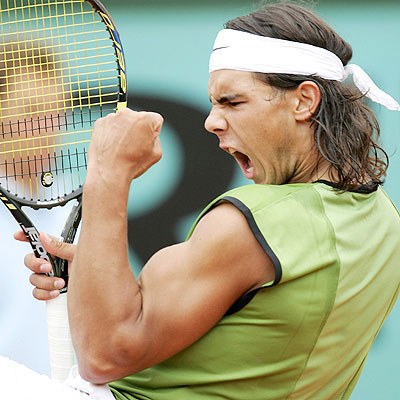 The amazing story of Rafael Nadal

The Amazing story of Rafael Nadal… Must read … Must share …
He was 19 when a foot injury gave him hell.

He pulled up a pew in his doctor’s office and awaited the diagnosis. He was told his career was finished.

By his side were his mother, father, uncles, sister, grandparents and godparents.

They all wept. A congenital disease had deformed his tarsal scaphoid, the bridge of his foot. His father, Sebastian, advocated a change of profession. Nadal could hit a golf ball to kingdom come and Sebastian believed Mark Twain’s idea of a good walk spoiled would spare his son’s body of the jarring impact of tennis.

Competitiveness was already in his blood.

Nadal would walk on to the first tee at Majorca’s Son Gual Golf Club and tell his closest friends, “Hostile match, right?” And then he would refuse to speak to them until the final putt was drained.

Golf was in the wind in 2005 but he was miserable without tennis. Distant, cold and dark during a four-month absence from the tour, the French Open champion hobbled on to the clay courts of Club Tennis Manacor, threw away his crutches and hit forehands while sitting on a plastic seat.

A second round of medical advice was sought. Nadal was informed a comeback was possible if he wore drastically modified shoes with special orthotics to divert pressure away from the bone in his foot.

The cost would be significant: his knees and/or hips and/or back would eventually buckle under the additional shock-absorbing stresses.

He decided to worry about the complications at a later date. As of his withdrawal from the US Open this week, the later date has officially arrived. “I am very sad,” Nadal said while confirming the US Open would be run and won without him.

The Weekend Australian has been told the Spaniard is grossly dispirited. Unable to get out of bed before the crack of 1pm.

There was no time to waste as a 19-year-old and even less now.

An awesomely successful career is at the crossroads.

Privately, he admits to feeling surprised and blessed to have lasted this long. His coach and uncle, Toni, was on Spanish radio this week to downplay concerns about Nadal’s latest knee complaint being career-threatening, but Toni speaks with a forked tongue.

He knows as well as Rafael that the clock has been ticking for years.

Hand on his heart, Nadal frets about the possibility of every match being his last. He has been unsighted since Lukas Rosol ambushed him at Wimbledon in June.

“Hopefully, we can get two more years out of him,” Toni said.

He said it seven years ago.

Nadal has a fantastic fear of everything. Thunder and lightning terrify him. He is petrified of the dark. He refuses to go into the ocean unless he knows he can stand up. He drives like an old woman lest he crash the car.

His greatest consternation, however, has revolved around the near-certainty of premature retirement. Eleven major championships are embroidered on his resume and he is only 26 but, as Andre Agassi once said, “he’s writing cheques that his body can’t cash”.

Nadal has used blood-spinning, the re-injecting of his own blood into the left knee after the cells have been separated, to hasten the repair of the tendons. Pain-killing injections are his constant companion. Toni drums into him the need to endure, endure, endure but none of it can last forever.

At the Australian Open in January, in a quiet room of Melbourne Park, Toni lifted the lid on Nadal’s real condition.

“I am going to say one thing,” he told a small gathering at a coaches conference. “I have never spoken about this but Rafael had an injury in 2005 that was very serious.

“The doctor said he cannot play any more. He has a congenital problem in his foot. He had to use special shoes and orthotics to change the way he lands with his feet. Because of having the orthotics, this has caused problems in his knees and his back.

“The doctor said he could not understand how he could still play. Now we train less. In 2005, we thought we might be here for two more years. Now it is 2012 and we are still here.”

For how much longer? Locker-room friends and foes suspect the beginning of the end.

“I wrote to him and he told me it wasn’t looking good at all,” Roger Federer said in Cincinnati. “Twelve days before the Open, you figure he might still have time to fix what he has to fix to get ready.

“That’s what is sort of scary. There is obviously the whole debate going on if he is going to come back at all this year.”

Nadal has mastered the art of suffering. He pushes through the pain barrier every time he plays. When he was 12, he won the Spanish under-14s title with a broken finger. Only when the match was over did he feel pain.

Adrenalin has always been his most effective masking agent. He has won eight majors since he first wore his custom-made shoes, so imbalanced he thought he would fall flat on his face. Back then, warning heeded, he vowed to cram as much as he could into his career before he was forced to quit for good.

Whatever happens from here, mission accomplished. After winning a seventh French Open this year, he was told Bjorn Borg retired at his age. Would he be following suit? The question was asked in jest because Nadal’s dedication is boundless. He gave an astonishingly ashen-faced reply.

“I will be here for as long as my injuries don’t stop me playing,” he said.

The seriousness of the response was left to hang in the air. Now we know why.

Source – Not clear. Almost a dozen websites have carried this story. 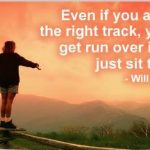 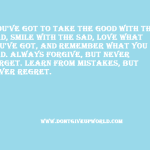