“Medal na jitle bari firbo na (won’t return home, unless I win a medal),” Swapna had told her mother. To make her words come true she endured the pain like no one else. Swapna kept on running with pain due to her six toed legs and ill-fitting shoes, a disc bulge, injuries to her knee and ankle, an excruciating toothache caused by an abscessed molar, even her jaw was taped up.

This is the story of 21-year-old Swapna Barman the first ever Indian to win gold medal in heptathlon in Asian games. She was born in Rajbbongshi tribe belonging to Ghoshpara village near Jalpaiguri town in north Bengal.

She belongs to a poor family, her father Panchanan Barman is a rickshaw puller and her mother Basana Barman is a tea picker in a nearby tea garden. Swapna is the youngest of her two brothers and a sister.  Swapna was born differently with 6 toed legs.

Days become so rough for her in 2013 when her father faced severe stroke and bedridden. Her mother and elder brother who is mason took up the responsibility of feeding the family. Some-days they cant even afford nutritious food and shoes for her athletic needs.

After noticing her intrest in sports her family supported her. Swapna is a very stubborn person, if someone says you cant she will disprove them. During her childhood her father used to give her training. Subhash Sarkar, a resident of Ghughudanga in Jalpaiguri, heard about Swapna from people and went straight to Ghoshpara village and found her practising high jump in a makeshift bamboo structure built by her father before his stroke. Since then, Sarkar trained Swapna at Jalpaiguri Sports Complex where she was taken by her mother every day. Later, Sarkar took Swapna to Sports Authority of India’s (SAI) Kolkata complex in 2011 and trained her for heptathlon. But shoes became a major problem for Swapna as she had six foots on both toes.

Extra toes became a problem for her as they barely fit into the shoes. Sometimes she has to get a pair of custom sized shoes for training which she cant afford. The injuries along with the back pain became her routine friends due to arduous training.

In 2015 when she decided to quit due to financial constraints, it is then she has been selected for Rahul Dravid Mentorship Programme. Under this 20 athletes participating at the 2018 Asian Games have received financial backing and guidance from the ‘Wall of Cricket’ Rahul Dravid himself through the programme. The programme in partnership with Go Sports, aims to help athletes living in the rural areas cope with the rigors of competing at the highest levels.

On 29th august she clinched first ever gold medal in heptathlon for India in Asian games. Despite of her back breaking pain, ankle and knee injury, tooth problem she kept on competing for two days. The first day consists of (in order): 100m hurdles, high jump, shot put and 200m. Day two comprises the long jump, javelin and 800m.

On her success the Chief minister of West Bengal Mamata Banerjee announced 10Lakh as a token of appreciation and assured a government job. Now she is all focused on winning gold in upcoming Olympics. Her story is indeed an inspiring lesson for everyone who are playing with excuse cards. 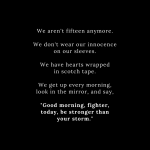 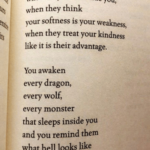