How Shubham Jaglan, a child prodigy from a Haryana village, became a global golf phenomenon. 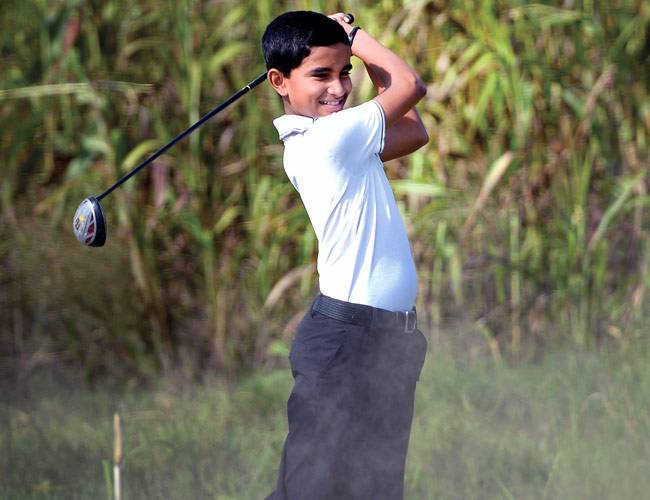 But Jaglan has stunned his family and village since picking up a club at the age of just five, winning back-to-back junior titles in the US in 2015 and finishing sixth in a junior international event there.

Shubham, the son of a milkman from Israna village, is currently the top player in the world in this category.He puts his entire being into that one thing that has changed the course of his life golf.

Shubham’s journey started from the fields of Israna when he was just six. This sleepy tehsil is vaguely known for the wrestlers it has sent to the many national and international tournaments.

“In our village, boys were either into wrestling or boxing. Hardly anybody in my family had heard about golf,” said Jaglan, whose father Japal who earn 10,000 rupees ($150) a month from farming a small plot of land.

THE BOY FIRST SAW a golf club when his grandfather Ishwar Singh took him to an academy in their village started by an NRI, Kapoor Singh, a former athlete who now runs an education outfit in the US. The academy started with a few village boys but most of them ran away to play cricket or swing from the trees in the village and the academy closed down.

But before it did, two weeks into his lessons,

Shubham faced his first challenge as a golfer. He was trying to pick up a ball during practice when a small boy next to him took a wild swing and hit Shubham on the head with a golf club. “It hit me right here,” Shubham says, showing the left side of his head. “There was blood all over my face, but I did not cry.”

He was rushed to the nearest hospital, given sedatives, stitched up and sent home at night.

Everyone at the academy was startled when Shubham showed up the very next day. Playing golf was “so much fun” that he had persuaded his family to take him. “I didn’t want to miss class, I don’t know why, but I just didn’t,” grins Shubham.

To learn the game, Shubham needed to practise bunker (sand) shots. Jagpal, then a milkman, filled up a big bowl for feeding the buffaloes with sand and placed it in the courtyard for Shubham. Says Qureshi, Shubham’s coach, “The fact that he developed any skill in these conditions is remarkable.”

Shubham got so good at it that he entered a few tournaments in Delhi. The first was an Indian Golf Union (IGU) one in Panchkula. Shubham was six and a half years old then, and in the absence of the E category (where he could compete with kids in his age group), he was pushed into D with older kids. But soon after, at a tournament in Noida, he played in E–and tasted tournament victory for the first time.

IT WAS AROUND this time that Nonita Lall Qureshi first came across Shubham’s name. The boy was winning by a big margin every time he played, she noticed. “He suddenly appeared out of nowhere, and nobody seemed to know anything about him,” says Qureshi.’Noni Ma’am’, his 55-year-old coach and one of India’s top golfers, better known as Nonita Lall Qureshi.

But the move has been eased by the Golf Foundation, a local sports charity run by former golfer Amit Luthra which helped find them cheap accommodation near the Delhi Golf Club.

The prestigious club has given Jaglan free membership, while a reputed public school has waved his tuition fees.And his trips to the US to compete at top junior level have also been funded by the same charity.

“Had there been proper facilities back in our village, I think I would have stayed there because that’s my native place, I could get to be with all my friends,” Jaglan said wistfully. Jaglan, who idolizes Spanish legend Seve Ballesteros, knows he faces huge challenges to compete on the world stage, but says he dreams of one day winning the US Masters.

“We knew the sport was expensive, the equipment and all,” said his father Jagpal Jaglan, who is now his caddie. “It was a big struggle initially. Everything appeared beyond us.“But our son was so passionate about this sport that we decided to give it our all,” says his father. 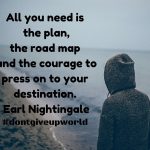 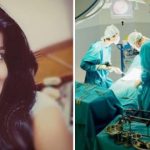