This is the story of Harshita Arora who thought the conventional schooling system is boring and she decided to drop out from her school when she’s in her 8th standard. She came up with an idea none of her age group isn’t well aware of. Meet Harshita Arora a 16 Year Old girl from Saharanpur, Uttar Pradesh who is leaping her journey in the world of crypto currencies.

During the schooling days, her Computer Science teacher would give them a lot of tasks around designing posters, and he emphasised deeply on a lot of design principles that made Harshita interested in learning designing works.

That’s what hooked Harshita to understanding the principles behind designing a well-balanced app. By the age of 15, she developed an app that tracks crypto currencies current stock prices.

In 2016, she managed to score an internship with Salesforce in Bengaluru became a stepping stone to her attending MIT Launch from Massachusetts Institute of Technology (MIT), a four week long entrepreneurship programme for people between the age of 15 and 19. And this is exactly where she thought of coding her first IOS application. Back in India, she started researching on how to make IOS apps and started learning swift programming.

By drawing her learnings from various IT magazines and studies on crypto currencies, she thought that current crypto currencies apps are incomplete and not as helpful as they have to be, and that’s when she was 13 years of age.

This made Harshita develop an app that will provide real-time tracking and updates of crypto currencies. After 2 months of extensive development, Harshita released her app CRYPTO PRICE TRACKER on January 28 on Apple’s iOS app store.

This app will provide real-time crypto currencies stock markets prices of over 30 countries and users can customize hourly and timely updates to their convenience.

This app recorded 240 downloads on its first day and 1440 downloads till now making it most downloaded app in US market.

CRITICISM
As soon as she released the app she received severe criticism of plagiarism(a plagiarist is a person who is using someone else’s work without their permission).

Even she received death threats from some online Reddit users. But with the support of her family members and friends, she filed a case against online bullies and claims that the app is built from scratch.

Harshita’s family is her greatest strength and pushes her to do better every day. Her father is a financial broker and mother is a housewife, both of her parents are very supportive.

Harshita wants to do her future projects on machine learning and artificial intelligence. She intends to start a Food AI start-up ‘Snap Food’. She is planning to leave to the US in June to broaden her experiences further.

There is a lot to learn from this story of 16-year-old Harshita Arora who believes in her idea and craves to turn it into a reality.

Wondering what Harshita is up to now? Follow her Quora profile here.

Also read: Meet Anushka, studying In Class 7 Invents A Bandage Which Determines The Healing Status Of The Wound 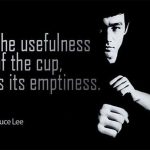 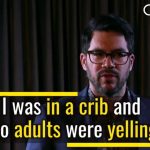