Chintakindi Mallesham was born in Sharjipet, a small village in Telangana, in a family of handloom weavers. He grew up witnessing his mother Laxmi go through unbearable pain while making saris and felt unable to help her. Since it was the family’s traditional business, she had no option but to keep weaving saris, even if it meant sustaining a lot of pain.

He had to discontinue studies after 6th class and started assisting elders in handloom weaving. While practicing the family tradition of weaving Pochampaly silk sarees, Mallesham passed 7th class privately and attempted 10th class also, which he passed it in 3rd attempt.

As a young boy, Chintakindi Mallesham would watch as his mother Lakshmi, a handloom weaver, laboured for hours, winding metres of silk yarn on to a large frame — a process called asu that is integral to the creation of the exquisite Pochampally Ikat sari. In this often painful process, the weaver has to stretch her arms continuously to wind yarn around two sets of pegs on either end of a four-foot structure before the sari is woven. Lakshmi’s shoulders and elbows would ache from the repetitive work.

Mallesham invented the machine in the name of his mother Laxmi, where sarees can be weaved with much ease.

He developed the ASU machine in 2000, which automated the process of spreading 10.5 km of silk thread around 41 steel pins for making a Pochampally saree. The manual process was tedious and women from weaver families had to move their hands 9,000 times to make one saree.

The machine, which has been named after Mallesham’s mother, can make a saree in about one-and-a-half hours as opposed to five hours in the manual process. The mechanised process besides increasing productivity (eight sarees a day) has reduced drudgery and allowed variety in style and design.

Mallesham’s story is one of extraordinary tenacity: it took seven years of trial and error, between 1992 and 1999, and one eureka moment before the young man, with no prior technical or engineering knowledge, came up with the Asu machine.He received Amazing Indians Award from the hands of Prime Minister Narendra Modi and also got best innovation award. The Centre has announced his name for Padma Shri award for the year 2017 under Science and Engineering category for his innovation of ASU machine. 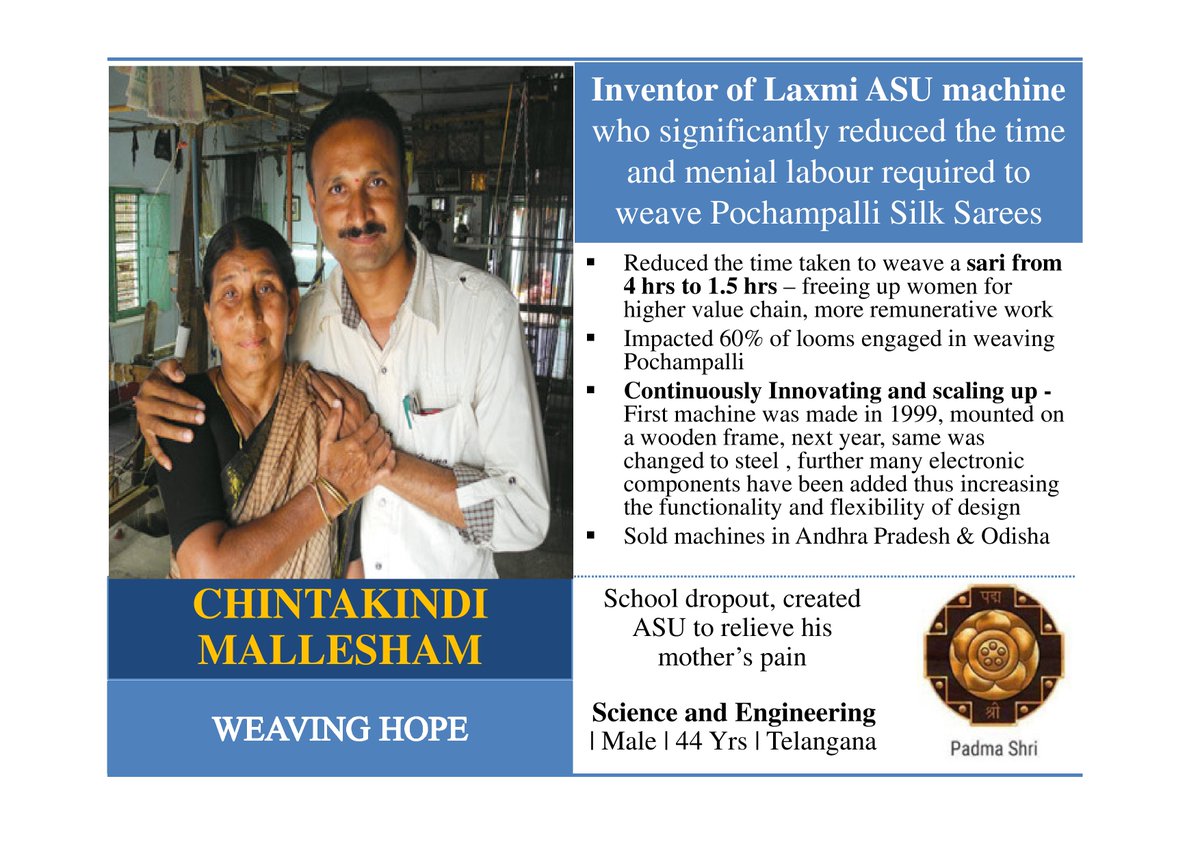 The 44-year-old grassroots innovator-turned-entrepreneur now lives in Aler, a town in Yadadri district, two hours from Hyderabad, where he has set up a manufacturing unit for the Laxmi Asu machines. So far, Mallesham has supplied 800 asu machines to weavers. The present cost of the machine is Rs 25,000.

The inventor-turned-entrepreneur has estimated that 1,000 more machines will be required to cover all the weaver families of the district.While the machines have been bought by the well-to-do families, there are many who cannot afford to buy them.

The NGO Palle Srujana has been extensively promoting asu machines in Telangana.

Here’s his emotional story of how he invented the “Lakshmi Asu Weaving Machine” which is bringing smiles throughout the weaving community!! 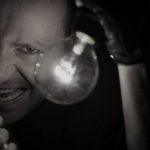 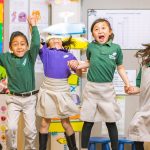