The rise of the underdog

The quote from Samuel Beckett that Stanislas Wawrinka has tattooed on his left arm has never been more appropriate. It says: “Ever tried. Ever failed. No matter. Try again. Fail again. Fail better.”

In beating Rafael Nadal  6-3, 6-2, 3-6, 6-3, Wawrinka became only the second man outside the game’s Big Four to win a Grand Slam title since the 2005 Australian Open. Until last night, Nadal, Roger Federer, Novak Djokovic and Andy Murray had between them won 34 of the last 35 Grand Slam tournaments, with Juan Martin del Potro’s 2009 US Open triumph the only exception.

“I never expected to win a Grand Slam,” Wawrinka said. “I never dreamed about that because, for me, I was not good enough to beat those guys. It shows me that I’ve been doing the right thing for many years. If you practise well, if you work hard, you will always have a chance to be in a great position to play your best tennis.”

As for the tattoo, Wawrinka said that Beckett’s words had been “in my head for a long time”. He explained: “It was part of my life, how I see life, and especially how I see tennis life. Before today, I always said that unless you are Roger, Rafa or Novak, you lose every week. 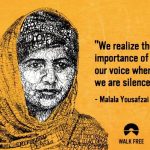 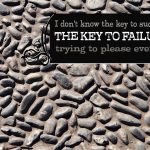