Bollywood Superstar, who is famous for playing Villain and Negative roles on-camera, turned out to be Superhero off-camera. Sonu Sood nowadays has been given names like Masiha, Warrior, God, Protector, Defender, Corona Warrior Sonu Sood, and many more by the poor migrant workers and all those who were helped by him single-handedly, when no one else was listening to the plea of workers.

In this pandemic, when everyone is busy in protecting themselves, Sonu Sood has taken it upon himself to help those migrant workers and unite them with their families and make them reach their homes safely amid the ongoing. He also offered jobs for unemployed and provided them with food and shelter.

The actor has helped 18,000-20,000 workers to reach their homes in states such as Bihar, Uttar Pradesh, Odisha, and Jharkhand.

Airlifted 177 stranded girls in Kerala and helped them to reach their homes in Bhubaneswar.

Sonu opened the doors of his family-owned Shakti Sagar Hotel in Juhu, Mumbai, named after his father, to shelter paramedical staff and doctors.

Sood met officials, took permissions from different States government. He arranged many fleets of buses for migrant workers to ensure their safe arrival to their home.

Sonu Sood shared his personal contatc number for anyone in need of help. He then launched a toll free number – 18001213711 through which one can reach out to his team for help.

Sonu arranged food for stranded migrants. His team collaborated with other NGOs and they worked together to provide food for workers from other states who lost jobs and stuck in Mumbai due to lockdown.

Sonu Sood, on his birthday, said that he would provide jobs and employment to 300000 migrant workers and others, who lost their job due to pandemic.

The actor provided 25000+ face masks and other protective equipments and kits to Mumbai police.

Wishing a lifetime success and blessings to such a great, kind and helpful soul !! 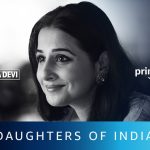 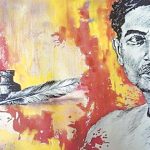