Short essay on the power of mindset in business

What was the reason you decided to start your own business? Did you get tired of your corporate job and feel you could do it better? Are you home with your family and your hobby turned into a business? All of a sudden you were out of a job and needed an income?

Too often I hear from my clients they are working too hard in their business without seeing an increase in revenue. If you needed to create more income, would you be able to do this quickly? More often than not, we hold ourselves back. You talk about having a successful business, but some of the steps you have to take are scary. Because of this fear, avoidance occurs and you don’t even realize this is happening.

Shawna is an organizer. She could walk into a home or office easily transforming it for her clients. She was ready to grow her business, but realized she was not following through with opportunities.

She helped her clients become organized. She knew she was appreciated by her clients. As much as she loves what she does, and could do it all day long, she didn’t really value her talent. She continued struggling at the end of the month barely making ends meet. Shawna claimed she wanted success, but something was holding her back.

You see, Shawna had conflicting values. She wanted success, but she was resistant to wealth. Her beliefs about money did not allow her to get beyond a certain income level. Looking at the numbers she had remained at an income threshold for several years. This was not based upon reality. This was due to a belief Shawna created for herself. What happened to her is true for all of us.

We have beliefs which we developed when we were younger. Having beliefs which are in direct conflict with current goals will stop progress dead in its tracks or make progress very difficult. Worse yet, it could lead to sabotage.

Fortunately, beliefs can be changed. It is possible, but difficult, to change your mindset on your own. You become so used to seeing things a specific way that you become stuck.

You don’t need to suffer through this. By working with someone else trained in addressing mindset issues and who knows how to help create breakthroughs, you will go through the process a lot more quickly. Sometimes you just need someone else to help you step out of the box and look at things from another vantage point.

As you can see, Shawna was getting in her own way. Her inner game and mindset about money was affecting her goals for success. She was holding herself back because having more money conflicted with her identity. If she became too successful and had too much money, she would change and not be the same person. Her bottom line will continue to remain the same until she adjusted her wealth beliefs.

Initially, Shawna was resistant to raising her fees. She did not believe people would pay more for her services. As we focused on raising her fees, she realized she would not pay those fees herself so why would she expect anyone else to pay that price. Shawna finally realized her issues were about self worth.

As Shawna began to identify some core beliefs, she was able to understand how her mindset was holding her back. She needed to explore her beliefs and how they affected her perceptions and actions. The ones which no longer supported her goals to grow her business were explored even further. New alternative points of view were discussed. She now had choices of how she could proceed. Once her resistance was gone, she began to see the possibilities.

Shawna decided on a plan to raise her rates which felt comfortable for her. She admits having her rates go up was a big “gulp” for her. In fact she was coached to take a big gulp before she told her fees and then to just wait for a response. Getting her first client at her new rates was scary, but exciting.

Things began to turn around. Shawna began to see her income increase without having to work more. Shawna continued to work on her mindset about taking those next big steps to success. If it was just left up to her, she would still be struggling with success. By working with someone to develop new beliefs which complimented her goals, she was amazed it could be so easy.

Unexpected things happen all the time. That is part of life. Do you have the mindset to step out of your comfort zone and do things differently to reach your goals? In order to be a success, you must already believe you are a success. Mindset is crucial. Once you begin to step out of the box and stretch yourself your business will respond.

Activity: Get a sheet of paper and create two columns. Over the left column title it “Values” and list all of the values you have, your strengths and qualities. Now over the right title “Actions.” Under the Actions the top half will be “Pros.” These are the actions you are taking which support your business and getting to the next level of success. Then write the “Cons”. The things you do which prevent you from growing your business.

Once that is done, go ahead and next to each Action, the pros and the cons, write which value it supports. After you have paired each action with a value, see if there is a pattern there. This will help you to see where your conflicting values lie and begin to understand why you might be holding yourself back from growing your business 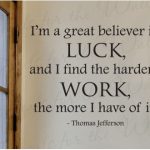 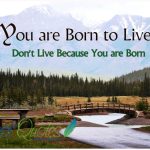