Menu
Follow us
Search
In this Video, Legendary Bollywood choreographer Saroj Khan Who passed away on July 3, shares her inspirational Journey with Sridevi.

Born as Nirmala Nagpal, Saroj Khan began her career by playing the young Shyama onscreen in Nazarana. She soon became a background dancer under the mentorship of dance director B. Sohanlal.

After assisting as a dance choreographer for a few years, her first independent work came in Geeta Mera Naam (1974). Saroj got noticed after she choreographed for Sridevi in Mr. India’s song “Hawa Hawai” (1987). She worked with Sridevi in films like Nagina and Chandni.

Saroj’s other popular films where she stunned us with great choreography are:

Saroj Khan has won 3 National Awards for Choreography, which is the best figure till now by any choreographer.

Saroj Khan was admitted to Guru Nanak Hospital at Bandra, Mumbai on June 17, 2020, because of breathing difficulties, and died of cardiac arrest at 1:52 AM early on Friday, July 3rd, 2020.

She was 71 at the time of her death. Saroj Khan is survived by her husband Sardar Roshan Khan, son Hamid Khan and daughters Hina Khan and Sukaina Khan.

Bollywood, her fans and the whole country are in shock with the demise of such a legendary and eminent personality. It is a devastating loss, we will always miss her. 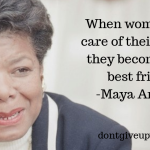 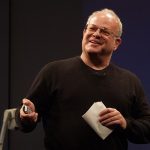