Not just smashing balls out of the ground and winning hearts of the audience, but this time Rohit Sharma won hearts off the field by helping a srilankan fan who has no money to return home due to emergency.

Sri Lanka’s three die-hard fans —Gayan Senananyaka, Pubudu and Mohamed Nilam — have been supporting their team for the entire India tour. However, during the third and final Test in New Delhi, Nilam’s father was diagnosed with throat cancer in Colombo. His return was scheduled from Mumbai on December 26 after the final T20 Internationals. Nilam’s father had to undergo an urgent surgery for throat cancer but he didn’t have the luxury of returning on the same ticket.

What added to Nilam’s worries were insufficient funds that he needed to immediately go back for his father’s surgery. A confused and worried Nilam then met with Indian fan Sudhir Kumar, who regularly features in all India matches. After hearing Nilam’s ordeal, Sudhir Kumar asked Rohit Sharma for help. Rohit immediately gave help to book Nilam’s return ticket.

On December 5, Rohit arranged for Nilam’s return air ticket to Colombo from New Delhi so that he could be by his father’s side in time for the surgery. “Rohit called me to the team hotel and gave me the [Rs20,000 approx] ticket,” said Nilam.

My father is much better now. The surgery went well. I was disturbed when I heard about my father’s health, but Rohit has a big heart and he immediately arranged for my return ticket. He is a gem of a person,”He even offered money to my fathers surgery but i refused it says Nilam.Not only Rohit but also Virat Kohli also messaged me and asked about my father’s health. He said ‘if you need any help, tell me.”said Nilam.This just shows how compassionate cricketers are. 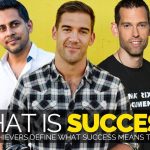