The Indian women’s hockey team qualified for the Rio Olympics after a long wait of 36 years, an achievement that will be cherished. Our first Olympic goal scorer after such a long wait is Rani Rampal who shone in the opening match.

Selected by the Sports Authority of India for Arjuna Award, Rani made it possible despite extreme poverty and dearth of resources required for training. Her never-give-up attitude and focus pushed her towards victory against all odds. She started practicing very early and by the age of 13, she was selected for the Indian team.

Rani hails from Shahabad in Haryana. Her father’s horsecart was the only means they had to fund her dream of being an ace hockey player. Rani’s talent blossomed in the absence of any hockey kit, or proper shoes. All she had was her passion for the game and supporting parents. Rampal’s hard work, coupled with training from Dronacharya-awardee coach Baldev Singh transformed her as a winner against all odds.

Rani has a gripping charm about her and has never hesitated in admitting that her father still works as a labourer back in Haryana. Even after Rani’s fame, accolades and income, her parents remain uninfluenced.

It was because of goals that India qualified for the Rio Olympic. She bagged the highest scorer award in 2009 for Women’s Hockey World Cup, the best young player of the tournament in 2010 World Cup, and received the player of the tournament in 2013 Women’s Hockey World Cup, to name a few. Apart from these, she was also entitled as the Most Promising Player in the Four Nations Tournament and the Olympic qualifying round in 2008. She received several awards for being the best player and top scorer in multiple international tournaments.

For her outstanding contributions in the field of hockey, Rani will be awarded the prestigious Arjuna Award by the Sports Authority of India on August 29, the National Sports Day. Before this bright young lady, only two women hockey players have received the Arjuna Award – Surinder Kaur (former captain of the Women’s National Hockey team) and Jasjeet Kaur.

Rani’s success story is unique and inspiring for all those who give up their dreams because of poverty and accept a miserable life. Her supportive parents are also exemplary to others like them who discriminate against girls and restrict them from blooming and chasing their dreams. 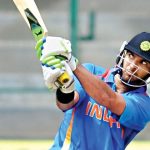