Quote on People by Harper Lee envisions about the mindset of people. They only want to listen and see according to their own wits

People generally see what they look for,
and hear what they listen for.

Who Was Harper Lee?

In 1959, Harper Lee finished the manuscript for her Pulitzer Prize-winning bestseller To Kill a Mockingbird. Soon after, she helped fellow writer and friend Truman Capote compose an article for The New Yorker which would evolve into his nonfiction masterpiece, In Cold Blood.

In July 2015, Lee published her second novel, Go Set a Watchman, which was written before To Kill a Mockingbird and portrays the later lives of the characters from her Pulitzer Prize-winning novel.

Lee was born on April 28, 1926, in Monroeville, Alabama. The youngest of four children, she grew up as a tomboy in a small town.

Her father was a lawyer, a member of the Alabama state legislature and also owned part of the local newspaper. For most of Lee’s life, her mother suffered from mental illness, rarely leaving the house. It is believed that she may have had bipolar disorder.

In 1949, a 23-year-old Lee arrived in New York City. She struggled for several years, working as a ticket agent for Eastern Airlines and for the British Overseas Air Corp (BOAC).

While in the city, Lee befriended Broadway composer and lyricist Michael Martin Brown and his wife Joy. In 1956, the Browns gave Lee an impressive Christmas present—to support her for a year so that she could write full time. She quit her job and devoted herself to her craft.

The Browns also helped her find an agent, Maurice Crain. He, in turn, was able to get publisher J.B. Lippincott Company interested in her work. Working with editor Tay Hohoff, Lee worked on a manuscript set in a small Alabama town, which eventually became her novel To Kill a Mockingbird. 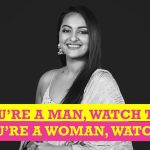 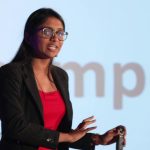