Pusarla Venkata Sindhu created history and became the third Indian to win a Super Series title after Saina Nehwal and Srikanth Kidambi. She defeated China’s Sun Yu 21-11, 17-21, 21-11 in the final round and clinched the China Open on Sunday. The journey of the 21 year old Hyderabadi, from World No. 255 in January 2010 to the current World No. 11 had being a tough one to say the least. This is her maiden Super Series title and on another note Sun Yu lost her sixth final of the year!

Sindhu suffered second round exits at the Denmark and French Open tournaments after winning the coveted Rio Olympics silver medal. This finale win will definitely boost up her confidence and uplift her game for the upcoming Hong Kong Championship.

She played with a mixture of speed and aggression as she destroyed Sun Yu in the first set which lasted for just 13 minutes. But a couple of unforced errors on Sindhu’s part made her lose the second set 17-21. In the third set, she held on to the lead and wrapped up the third set in 21-11. The finale lasted for 69 minutes.

Sindhu is the all-rounder these days. She shouts on the court after clinching each point when needed to and at the same time quietly wraps up her game with her brilliant strokes when asked to by her coach P. Gopichand. She sedulously follows her coach’s game plan. 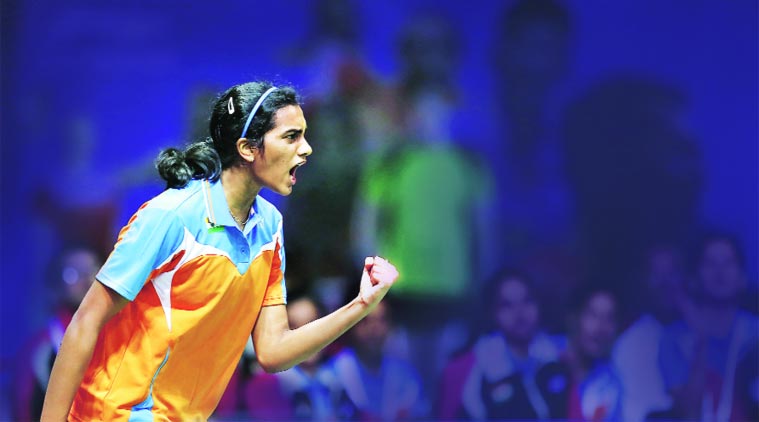 Sindhu has transformed gradually but noticeably after recovering from a foot injury that she suffered last year. Now her whirligig form days are gone when she used to beat the top ranked players one day only to lose to some non-ranked players the very next. Her entire game strategy has changed. Now, she studies her rival’s game before concocting a game plan to dominate her.

Like in her Olympics quarter-final match again China’s World No.2 Wang Yihan it was the mix of long and short rallies that made her beat her. But on the hand she defeated Japan’s World No. 6 Nozomi Okuhara in the semi-final round, with her consistent positive strokes and a stream of returns. In the much coveted Olympics, Sindhu with her win over Chinese Taipei’s Tai Tzu Ying and China’s Wang Yihan, she has denied the badminton superpower China, a two medal finish in the women’s singles event for the first time since 1996!

In 2015, Denmark Open was of the many tournaments she played post her foot injury and there she defeated top ranked players like Tai Tzu Ying (Taipei), Wang Yihan (China) and Carolina Marin (Spain) before going down to China’s Li Xuerui in the final.

Sindhu has meticulously worked on herself and has transformed all her weaknesses into strengths. She has undoubtedly improved her core strength along with her leg strength to last longer on the court. Her court speed has also improved immensely. Her other major weaknesses were the body line smash defense and her hands down response to deception. Now, since she has got fitter than before, even after facing deception, her reflex is strong enough to help her, pick up the deceptive strokes.

Also, the other major disadvantage that the tall badminton players usually face is the mid region weakness. Because of their tall frame, they have weak waist strength and face difficulty in picking up ground level shuttle. Sindhu too, was weak in her net play and suffered there mostly but in the Olympics, she proved that these glitches are gone too. She matched Wang Yihan’s pace and showcased some brilliant quick reflexes and anticipation.

At the international level, a player’s body language counts a lot and is in fact, one of the major contributing factor in the game. A strong and confident body language demoralizes the opponent to quite an extent. And it also keeps the opponent under pressure. Previously Sindhu used to be this demure kind off a player on the court. But now her shouts speak volumes about her new self-confidence. She no longer has a slackened body language.

From starting off her career in the under-10 years category, winning the 5th Servo All India ranking championship in the doubles category and the singles title at the Ambuja Cement All India ranking to now with an Olympics silver medal and a Super Series title in her kitty, her journey has indeed being long, challenging and fruitful.

For now, she lacks experience and maturity but with time she will surely pace up. And honestly, it’s great to see another Indian shuttler carrying the Indian tricolor at the international level, in the absence of nation’s another favorite shuttler, Saina Nehwal. 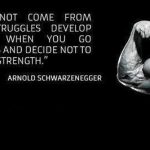 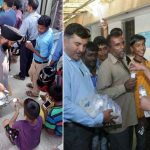