The demise of former President Pranab Mukherjee is an irreparable loss for the country. The nation receives this news with great grievance and sadness. His demise is passing of an era. The country has lost one of the greatest statesmen.

Here is a collection of some of the Quotes by Pranab Mukherjee, being an excellent scholar and academician, he had unmatchable wisdom and thought-process, which can inspire people for generations to come.

There is no humiliation more abusive than Hunger

Pranab Mukherjee, popularly known as Pranab Da, was admired across the political spectrum by all sections of society. He was quite popular among oppositions too and was honoured and respected by all the contemporaries. Pranab Da was widely admired across the nation for his intellect and perseverance.

I have seen vast, perhaps unbelievable changes during the journey that has brought me from the flicker of a lamp in a small Bengal village to the chandeliers of Delhi

With his diligence and determination, Pranab Mukherjee always contributed in the development trajectory of our Nation. He always served Mother India with the spirit of a sage. His impeccable efforts and indelible contribution to public service is unforgettable. Pranab Da was one of the worthiest sons of our motherland.

No problems are ever resolved by violence. It only aggravates the pain and hurt on every side.

Pranab Mukherjee was the only President who served all the major portfolios as the Centre – Foreign, Defence, Commerce and Finance – at different times in his political career. In 1984, Mukherjee was voted as the Best Finance Minister in the World by the Euromoney magazine and is the only Finance Minister to serve the post both, in the Pre-Liberisation and Post-Liberisation eras. He was also awarded Bharat Ratna for his exceptional contribution to the nation.

Trickle-down theories do not address the legitimate aspirations of the poor. We must lift those at the bottom so that poverty is erased from the dictionary of modern India.

Pranab Da was a colossus in public life. His life, struggle, simplicity and dedication will be a source of inspiration for every generation to come. His contribution to the country will always be remembered !! 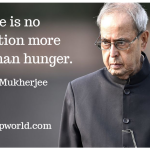 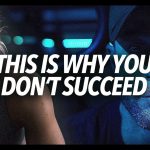