A mighty King was marching home after being victorious in a gruesome battle. He had captured the crown prince of the neighboring kingdom and killed the King. The King was crossing through a jungle. He wanted to rest. The army halted there for the evening. Nearby was a hermitage. The king decided to pay his respects to the sage there. He sent his Minister and some soldiers to seek an audience. They told the disciples there, “Maharaj wants to meet the sage.” The disciples said, “Guruji has retired for the day, you can come tomorrow.” The next morning the King came to the hermitage dressed in his royal finery, accompanied by his ministers and attendants. The sage was sitting under a tree and scattering bajra seeds all around. Hundreds of birds of different kinds were eating and the sound of their twittering filled the air. The King walked up to the sage. The sage did not look up. The king said, “Pranam, Guruji!” No answer.

“Guruji, I said Pranam!” he said in an angry voice.

The sage looked up and said, “Stop shouting, you are scaring the birds.”

The king was beside himself with rage. He said, “Your impertinence is intolerable. I shall behead you just now!” He drew out his sword and raised it to strike the sage.

In an instant, hundreds of birds flew up and attacked the king. They poked their beaks into his face, his eyes and his arms and all over. The king moved his arms up and around to ward off the birds. But the birds wouldn’t leave him. The sage said, “Leave him! Leave him! Come to me my dears!” All at once, the birds quietened down and sat meekly at the feet of the sage.

The sage said, “All I ever gave these birds is love. Oh King! Realize the power of love. The love of power has blinded you and brought you to the level of a killer. These birds would have killed you, but that’s because they love me. I rule over them like a king too, but the only power I ever exercise over them is the power of love and it is greatest power on this Earth.”

It’s not what you gather, but what you scatter that tells what kind of life you have lived! 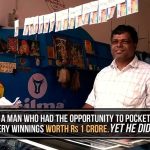 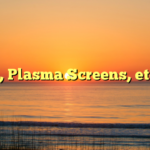