If you are a businessman, you have probably read the Harvard Business School case study on Dr Shetty that extols his method of providing high-quality heart treatment to all comers through a relentless drive to cut costs. Here is his inspiring story.

Born in a small town called Kinnigoli in Karnataka. He is the eighth child among nine children. He was bullied by elder brothers and classmates and that’s when he decided to become strong. Then he took up body building and also learnt martial arts and practiced it for over six years. He wasn’t among the toppers in the school and once in a while he used to excel in subjects of interest. He was above average and was quite happy with that.

When he was in VIth standard, Dr Christiaan Barnard did the first heart transplantation in Cape Town and that was the day he decided to become a heart surgeon. Seeing parents getting older and falling sick and realising that only doctors can keep them healthy made me passionate about this profession.

After his post-graduate studies, he trained in cardiac surgery at Guy’s Hospital in the UK. As a cardiac surgeon, Dr Devi Prasad Shetty wanted to make healthcare affordable for the people in India.

While growing up, he witnessed many poor people dying at a young age because they could not afford medicines and medical treatment. To prevent such calamities, Dr Devi Prasad Shetty started the Manipal Heart Foundation at Manipal Hospital in Bangalore.

Since Dr Devi Prasad Shetty is keen to help the poor, all his efforts in the field of medicine are aimed at reducing healthcare costs for the benefit of poor patients.

All his hospitals operate at low-cost, allowing surgeons to complete heart surgeries at one-tenth of the cost as compared to the hospitals in the United States. For these great achievements, Dr Devi Prasad Shetty has been given the title of Henry Ford of heart surgery.

Another great accomplishment of Dr Devi Prasad Shetty is the implementation of the world’s cheapest comprehensive health insurance scheme at Rs 10 per month. As of today, 4 million people in Karnataka are covered under this scheme. 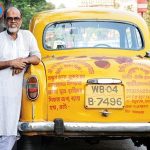 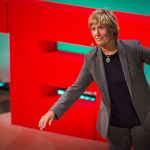