Pingali Venkayya – The one who made INDIAN FLAG

(One who made INDIAN FLAG)

Pingali Venkayya, born 142 years ago this day, was an Indian freedom fighter who the nation remembers proudly for reasons more than his struggle for our independence. It was his design on which India’s national flag was based upon.

Born near Machilipatnam (now in Andhra Pradesh), Venkayya was a Gandhian ideologist. He was also a linguist, geolist and a writer. In fact in 1913, he delivered a full-length speech in Japanese. Such credentials gave him interesting titles like ‘Japan Venkayya’, ‘Patti (cotton) Venkayya’ and ‘Jhanda Venkayya’.

He also published a book in 1916 offering thirty designs of what could make the Indian flag. Throughout all Congress sessions between 1918 and 1921, he relentlessly put forward the idea of having a flag of our own.

Venkayya’s design for the National Flag was finally approved by Mahatama Gandhi in a Congress meeting in Vijayawada in 1921.

On his birth anniversary today, let’s take a moment to remember the man behind the Indian National Flag.

Importance of The Indian National Flag

The Indian flag always reminds us of the sacrifices of our freedom fighters for the independence of India. The saffron colour of national flag at the top symbolizes the courage and strength of India. The white colour band of the flag represents peace and truth. The dharma chakra wheel at the middle is the symbol of enlightenment. The 24 spokes in the wheel of the national flag represent different emotions like love, honesty, mercy, justice, patience, faithfulness, gentleness, selflessness etc. The green band at the bottom of the flag is a symbol of growth and prosperity of the country. The national flag unites the people from all communities and showcases the unity in diversity culture of India. 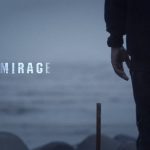 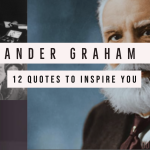