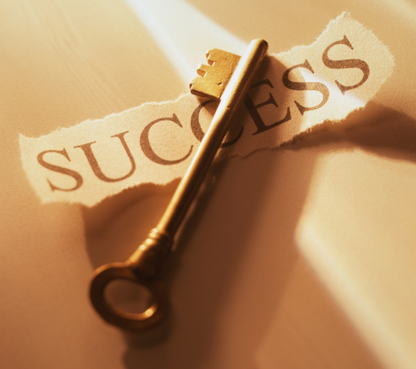 In 1969, my mom and dad noticed that I wasn’t speaking so they took me to the doctor. At the age of four, I was diagnosed with a speech impediment. The doctor told my parents, “Mr. and Mrs. Di Lemme, we believe your son, John Di Lemme, has a speech impediment.” They were speaking my future as a stutterer into existence with their words.

My parents enrolled me in speech class, where I remained for the next fourteen years of my life. I went to speech class, because society labeled me as having a speech impediment. Don’t feel one bit sorry for me. My adversity made me the man that I am today, and I would never have become one of the world’s greatest international, motivational speakers if it weren’t for my stuttering.

Many years of speech therapy and formal education didn’t teach me to go after my dream. The most important school that I graduated from was the University of Adversity. I accepted that stuttering was my adversity yet I did not allow it to define who I was or what I was going to become.

Whatever your adversity is, that’s where your blessing lies. Whatever is stopping you from find your Why in life holds the secret to your destiny. Instead of denying that your adversity exists and just hoping it goes away, accept it and then fight against it like a medieval warrior. That’s what I did with my stuttering. I accepted the challenge and then fought it with every fiber of my being.

I want my words to penetrate the fear that is holding you back and get down deep inside of you so that you fully understand that God chose you to be a champion. Your birth certificate gives you ownership over your life. It also gives you the right to live an abundantly overflowing, prosperous life full of joy and happiness.

If you are reading this and saying, “John, you don’t know where I come from. My family has always lived in poverty and never achieved anything.” Let me reassure you that there is no such thing as a generational curse. Just because your family didn’t take full ownership of their life doesn’t mean that you have to live in that same rut. It’s your decision to achieve more and take ownership of your life. Decisions change results.

Think of how many times you made a decision to do something that would change your life, and all of a sudden the big “but” stopped you. “But” cancels everything else out that you said before. For instance, “I am committed to building a multi-million dollar business, but…” Here’s a good one, “I want to say my affirmations every day, but…” Remember, when you allow “but” to come out of your mouth after making a life-changing decision, you instantly stopped yourself from actually following through with that decision.

You ultimately control the chances of how, when, or if you live a prosperous life. Why? Because you own it!

In September 2001, John Di Lemme founded Di Lemme Development Group, Inc., a company known worldwide for its role in expanding the personal development industry. As President and CEO, John strives for excellence in every area of his business and believes that you must surround yourself with a like-minded team in order to stay on top of your game.

In addition to building a successful company, John has changed lives around the globe as an international motivational speaker that has spoken in over five hundred venues. Over the past eleven years, he has shared the stage with the best of the best including Dr. John Maxwell, Rich Devos, Dennis Waitley, Jim Rohn, and Les Brown only to name a few. John has also been interviewed countless times and featured on many programs including Zig Ziglar’s webcast. This is truly an amazing feat for someone that was clinically diagnosed as a stutterer at a very young age and told that he would never speak fluently.

John truly believes that everyone needs personal development to reach their full potential in life, and his determination to reach all forms of media with his motivational messages has catapulted his career. John has produced over four hundred fifty products and is an accomplished author of eleven books including his latest best-selling book, “7 Principles to Live a Champion Life.” As a Strategic Business Coach, John’s students include doctors, lawyers, entrepreneurs, consultants, CEOs of million dollar companies and various other occupations that are thriving in a so-called poor economy. John’s success with his students has made him one of the most highly sought after business coaches in the world.

John’s passion is to teach others how to live a champion life despite the label that society has placed on them. Through his books, audio/video materials, sold-out live seminars, numerous television interviews, intensive training boot camps, weekly tele-classes, Strategic Business Coaching, Closing & Marketing University, Millionaire Affirmation Academy, and Lifestyle Freedom Club memberships, John has made success a reality for thousands worldwide.

John shocks millions globally by exposing the truth about how to achieve monumental life success despite the labels that society has placed on you. Through his award winning live seminars, power-packed training programs, live tele-classes, best-selling and website John Di Lemme has made success a reality for thousands worldwide!