A flaming red and orange Gulmohar outside my bedroom window gently awakens me out of my lethargy in the mornings. Stretching my arms above my head, I slowly amble out and turn into the kitchen. The sun in the window opposite the entrance winks subtly at me to drive out the laziness in my limbs, but before all this happens………..it is the song of the nightingale in the banyan tree next to our building, that actually stirs me awake and pulls me out of my bed! Well sometimes even as early as four in the morning! As irritating as it sounds, I would not trade my home for anywhere else in the world, I love the mountains in the distance, the numerous trees and landscaped garden in the complex, the squirrels and chameleons which abound and variety of birds with an equally vast palette of sounds and notes.

My favorites are the sparrows, crows (yes even them), pigeons and the nightingales. Come make a guess why? It is very basic and logical actually, given that I am not an ornithologist – don’t you see, I can distinguish only the sounds made by these birds? There is one more bird whose call (and believe me when I tell you it is hideous) I know by ear and hear its sound practically every day – nay dawn – nay when its neither night nor day, but obviously I haven’t yet sighted the bird to know what bird it is, not that I would know it, even if I saw it…….well you do know what I mean? There is however, one nightingale on our very own banyan tree, whose story I want to share with you. And mind you, a very good and determined nightingale it is, even if I personally do say so.

I came to know about this nightingale one evening after finishing all household chores. We – my husband, my son and I – were unwinding after a hectic day at work, when the nightingale’s song interrupted our conversation. Both my husband and son became dead silent and cocked their ears at the sound. Once the final note of the bird’s “kuhu” ended, both of them burst out laughing to my surprise. I stared at them and asked them, “What do you find so funny or am I missing something here?” They both looked at each other and again burst out laughing, happy in the fact that I had still not got it, whatever it was. When I glared at them, they indicated that I should pay attention to the cascade of the nightingale’s song when she sang again. I did so and still could not fathom what they were getting at.

The third time my husband and son sang along with the bird and the last note sounded more of a “krack” than a “kuhu”. Once again both of them started guffawing. So it seemed, we now had heard a nightingale’s song, albeit rendered less than perfect by a seemingly bad throat (?). Never had I heard a nightingale with a singer’s bane, so to speak. It just did not go down well with me that the two guys in my house were having a laugh at the expense of this poor nightingale, the thought just would not let me rest. I continued listening to the nightingale for a couple of days more and sure enough the last “krack” continued to sound and the bird continued to sing, trying the last note again and again and again. And these two guys continued cracking up as soon as the “krack” was heard.

I racked and racked my brains for days. Why should it happen to a bird which was famous for a very melodious song over many frequencies? Another question close on the heels was why doesn’t it just leave out the last and highest note, instead of “kracking”? Suddenly, I had a wonderful reason for it and I decided to share it with my husband and son when I got home that day.

I told them the story of our nightingale. It was actually a baby nightingale and it was learning to sing. My husband added – it had been orphaned. My son decided – it was being raised by a crow (possibly because of the “krack”). The baby nightingale was having a problem getting the last note right, because it had no one of its own kind to guide it. All it was doing was listening to the other nightingales singing and trying to imitate them. The technique to get the last note right was something which would have to come with time and come it would, because our baby nightingale was no ordinary bird. It was like the ugly duckling which finally did turn into a swan, quite naturally. It had been a week and the “krack” had still not subsided, but our baby had not given up. It went on and on with its riyaaz, like any music stalwart with diligence.

It still sings and yes the “krack” is still there, but now when my two guys hear it, they have an indulgent smile on their faces. To me it awards the “all’s right with the world feeling” of light-heartedness and the determination to keep on with whatever it takes to get there. Don’t give up world!

A closet writer, I have rediscovered my passion for writing some time back, and hope time has not already run out! What I lack for in experiences gained from travelling the world, I think, I more than make up through experiences gained from people interactions. My blogs are an attempt to synchronize the modern-day information boom era with the more elevated world of spirituality – of course as I see it!! May not always conform to readers’ views, but then all of us are entitled to their kaleidoscope and each one is right seen from individual perspectives. Some readers have already called my blogs cryptic! All in all, I find writing extremely therapeutic and it gives me immense satisfaction, it signifies my time spent for myself!

I also have a personal blog, which you can view at http://blogs.rediff.com/healingaura/

Also I guest blog for a another website http://passionwriters.com/ 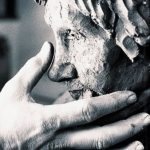 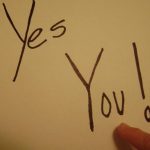