Olympian Krishna Poonia might have won many international medals in the past and bought laurels to the country but Poonia’s recent act of bravery against molesters earned her more respect.

According to a report by the Hindustan Times, the 2010 Commonwealth Games discus throw gold medalist Krishna Poonia was waiting in her car to get through a railway crossing at Rajasthan’s Churu on the first of January.

Poonia’s eyes fell on two girls who were being harassed by three men on a motorbike. A fearless Poonia immediately got out of her car and confronted the harassers. The men got scared and took off from the place on their bike. But the 39-year-old did not want the harassers to get away. She ran behind the bike for nearly 50 metres and caught hold of one of the harassers.

Speaking about the incident, Krishna Poonia said, “When I saw those two girls being harassed, I thought that they could well have been my daughters. That made me go after the men.”

The incident, which took place around 4 pm, attracted the attention of people. They gathered in large numbers at the spot by the time Poonia handed one of the harassers to the cops.

Poonia was also not pleased with the cops who turned up late despite many calls. She said, “The police station was barely two minutes away from the spot but it took the cops some time to reach and I had to phone them twice. How will cops ensure women’s safety if they arrive late?”

She also accompanied the girls, who are siblings, to the police station to launch a formal police complaint.

Poonia who had represented India in both Beijing and London Olympics said that the problem lies with society which chooses to remain a silent spectator even if they see a girl being harassed.

This act of courage from Poonia definitely serves as an example for everyone to come forward and raise their voice against such incidents. With the recent molestation that took place in Bangalore on New Year, where the police have received flak for not taking any action, it helps to have more Poonias to come out and teach a lesson to the harassers. 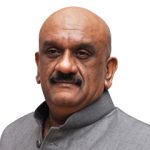 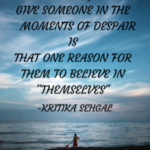