On Independence Day, 15th August 2016, CRPF commandant Pramod Kumar lost his life during a gunbattle between terrorists and security personnel in downtown Srinagar.

At 8:30 AM , Pramod kumar was hoisting tri-color on the occasion of Independence day,encounter was reported in the city. He immediately finished the program and reached the encounter site but unfortunately he came in the grip of the terror. Four militants hurled a grenade and opened fire at the security patrol.

Nine paramilitary troopers were also injured in the attack, who were later shifted to hospital.

Pramod was in-charge of the CRPF’s 49th battalion. He is survived by his wife, a 6-year-old daughter and 63-year-old father living  in West Bengal.

Team Don’t Give Up World  salute his courage and sacrifice and offer heartfelt condolences to the bereaved family. 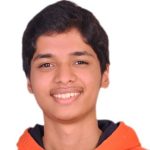 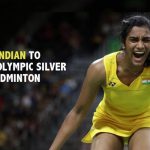