Here is a collection of Nelson Mandela Wisdom Quotes

Some personalities are born to re-create the history and South Africa’s first black President Nelson Mandela was one of them. He was widely regarded as an icon of democracy and social justice. Mandela was a controversial figure for much of his life but he gained international acclaim for his activism.

Nelson Mandela was having great wisdom and immortal flow of thoughts. Let us inspire ourselves from the wonderful and engraving thoughts of such a great leader.

Mandela fought against white domination and black domination. He cherished the ideal of a democratic and free society in which all people live together in harmony and with equal opportunities.

1930 – Father dies, he was entrusted to Thembu Regent Jongintaba Dalindyebo at the age of 12

1940 – Expelled from University College of Fort Hare in Alice

1941 – Escaped an arranged marriage; Becomes a mine security officer

1943 – Graduated with BA from Fort Hare; Enrolled for LLB at Wits University 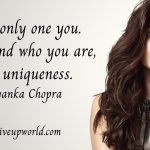 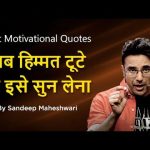