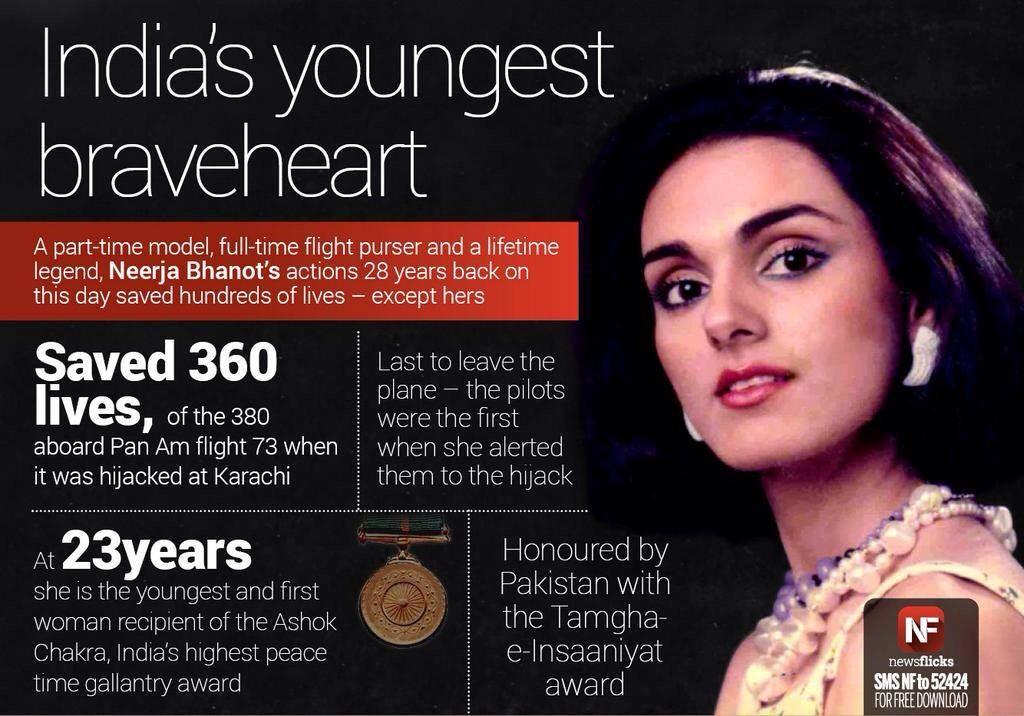 On September 6,1986 five terrorists hijacked the US bound Pan Am Flight-73 flight at Karachi airport, and took control of the aircraft. One of the worst hijack in aviation history it claimed 20 lives; this was the largest toll in a hijack until 9/11. The remaining 375 passengers and crew members would not have survived, if the air-hostess Neerja Bhanot, was not there.

Neerja Bhanot identified herself as one of the air hostess, who was held at gunpoint and announced that the place had been hijacked. Unfortunately, the three-member cockpit crew of pilot, co-pilot and the flight engineer abandoned the aircraft, leaving 400 passengers and a 13-member cabin crew in the hands of brutal, thoughtless terrorists. Since Neerja was the cabin crew leader, she took over command. Neerja requested the passengers to be calm and obey the hijackers. She served coffee and sandwiches and her charming smile eased the tide of fear that had swept across their faces.

The leaders of the hijack identified himself as Mustaga. He ordered Neerja to collect the passports of all the passengers. Later she realized that the Americans were the main target of the terrorists and in a brilliant move she discreetly collected all the American passports and hid them. There couldn’t have been a better way to confuse the terrorists. By 9.pm when the auxiliary power unit failed entirely and the aircraft was plunged into darkness. Fearing an imminent raid by commandos, the hijackers shouted now is the holy war!! They fired their AK47, till they exhausted the bullets. By then Neerja had opened an emergency exit and a pan Am mechanic opened another. She used all her strength to guide and push people down the chute and while shielding three children; she absorbed the onslaught of bullets into her own body.

She would have escaped by the emergency exit first, but the angelic women gave up her life to save the innocents like a mother. After spent the bullets, and try to escape, the Mustafa and others captured by commandos and sentenced to life by a UA court. Neerja was brave in life, brave in death. The only stewardess, to have commanded an aircraft and held the hijackers at bay, was an Indian.

Neerja Bhanot was born on September 7, 1963, in Chandigarh. Neerja made a wonderful model as well as an air hostess. For her brave act India awarded her the Ashoka Chakra (she became the youngest recipient of India’s highest civilian award for bravery). She was also awarded the “Tagme-e-Insaniyat” (Pakistan), the flight Safety Foundation Award and the Medal of Heroism of the National Society of the Sons of the American Revolution (U.S.A.).Neerja died at the age of 22 just 2 days shy of her 23rd birthday.

Don’t Give Up World Community Salutes her  ! 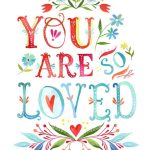 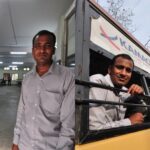