Dreams and aspirations may be tied down by the strings of one’s current circumstances, but with grit and determination, one’s possibilities are limitless. A living example of the same is Najat Belkacem, the Minister of Education & Research, France.
Second of her seven siblings, Najat was born in a village near Nador in the Moroccan countryside of Bni Chiker, in 1977. In 1982, she moved to the suburbs of Amiens with her family, to join her father, a building worker. An immigrant by status, her interest in politics started from an early age. She graduated from the Paris Institute of Political Studies in 2002. It was at the institute that she met Boris Vallaud, fell in love and married him in August 2005.

Soon, she joined the Socialist Party in 2002 and then the team of Lyon Mayor Gerard Collomb in 2003, leading actions to strengthen local democracy, fight against discrimination, promotion of citizen rights and access to employment and housing.

Elected to the Regional Council of Rhone-Alpes in 2004, she chaired the Culture Commission, resigning in 2008. In 2005, she became adviser to the Socialist Party. In 2005 and 2006 she was a columnist for the cultural programme C’est tout vu on Télé Lyon Municipale alongside Stéphane Cayrol. In February 2007, she joined Ségolène Royal’s campaign team as a spokeswoman, alongside Vincent Peillon and Arnaud Montebourg.

In March 2008, she was elected conseillère générale of the Rhône department in the cantonal elections with 58.52% of the votes in the second round, under the banner of the Socialist Party in the canton of Lyon-XIII.
On 16 May, 2012, she was appointed to French President François Hollande’s cabinet as Minister of Women’s Rights and spokeswoman for the government. And finally on August 25, 2014, she became the first woman and the youngest person ever ( at 36), to be appointed as Minister of Education & Research, in France. This historical moment was achieved by a muslim, immigrant girl who lived in a village. Najat has proven that there are no boundaries to what you can achieve, if you set your heart on it & work towards it with diligence.

The Don’t Give Up World Community lauds Najat Belkacem for the great achievements in her life. She is an inspirational figure who shows nothing in this world is impossible to achieve, if we are determined to achieve that. 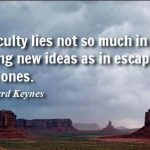 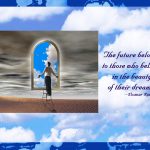