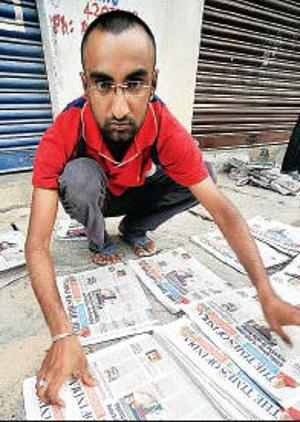 As the alarm goes off at 4am, N Shiva Kumar is up on his feet, stacking his bicycle with newspapers. He has to deliver them before the sun appears on the horizon. A habit since Class 6, Shiva’s life is set to change now. Come June 16, this newspaper-boy-turned-vendor will walk down the corridors of the Indian Institute of Management-Calcutta as a PGP student.

It sounds like a fairy tale, but the TOI vendor who cracked CAT 2012 has indeed grabbed a seat in the premier business school. Shiva, 23, an engineering student from Banaswadi, is the son of an illiterate mother and a father who was a truck driver. He started working as a newspaper delivery boy and for his debt-ridden family of four the Rs 150 he would bring home was a huge relief.

“Every morning people would come home asking my father to return the money he had borrowed. My father had a truck. But there were more liabilities than what he could earn with it. When I was in Class 3 or 4, I sold flowers that my mother strung into garlands by the roadside. It was only later that I found the job of newspaper boy,” said the 8th semester computer science student of Bangalore Institute of Technology.

Shiva managed the part-time job along with school. “I was studying in an ICSE school. In Class 9, I was asked not to come to school till I paid the fees. The next day, I approached the first customer I was delivering the paper to, Krishna Veda Vyasa, and requested him to fund me. He hesitated, and said he didn’t even know me. I asked him to do a background check, and he found I was the topper there. I requested him to pay one term’s fee, but he paid for the entire year. He continued funding me ever since. I owe it all to him,” he said.

He soon found an opportunity to be a vendor and started his own agency when in Class 10. “I’d learnt the tricks of the trade by then. My vendor had some 50 extra copies to sell and I took them from him. That’s how I started,” he said. The 50 copies have now grown to 500. “After school, I would take my cycle and identify new buildings and residents. I would approach them for business and ensured the papers reached before 6am. I had my own targets for a month,” he explained his marketing tactics. He still delivers the paper along with four of his delivery boys.

“It was hard work. I had to get up at 4am every day, deliver the papers and head to school. I had to skip breakfast to be on time, but would still be late. In college, I opted to sit in the last bench during the first hour so I could catch up on some sleep.”

IIM could not have rejected a seat for an aspirant like him. “After my family stabilizes, I want to start a charitable institution, Educate India, by which I can help the underprivileged gain some education. I could achieve this because someone helped me. In turn, I want to help at least 10 people,” he said. Shiva is taking an education loan to fund his IIM course.

At IIM-C, he plans to “work extremely hard” while he specializes in finance. It’s an attitude that has already made a mark on teachers and faculty members at his new school. “We are really impressed with the boy. He will certainly serve as an example to others and we will look forward to teaching him,” said Subir Bhattacharya, chairman of IIM-C’s post graduate programmes. 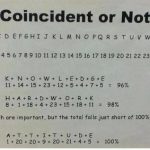 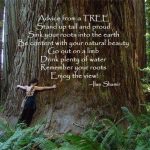