We all used to cycle at some point of time. Some of us used to ride it to our school, while others loves to cycle in early mornings of weekends or holidays. Cycling 10-to 20-km is very good fitness activity suggested by doctors; but if one zero is added to make it 100 km, it becomes a difficult task. For sure, nobody in weirdest of their dreams would dare to mistake of adding one more zero to make it 1,000 km. But we have an exception here – Mr SSS Shameem, who is all set to attempt for a solo cycling journey from Kanyakumari to Leh and return back, and this totals up to 8,000 km. He aims to complete it in just 38 days, starting from May 23, 2016. This literally sounds crazy, but an attempt for entry in the Limca Book of Records has to be crazy one.

Mr. Shameem introduces himself in a very meaningful way: Muslim by birth, Indian by heart; human by nature; professor by profession; family person by emotion; trier and achiever by determination. Interestingly, he’s an Asst Professor of engineering at Manipal University (Karnataka, India), but he has always stolen time from his very busy schedule to devote on his passion in endurance sports. And through this journey, he’s trying to spread the message of Unity and Humanity. Also, whatever fund he might be raising through this journey, he will be trying to help some of the financially challenged talented athletes. 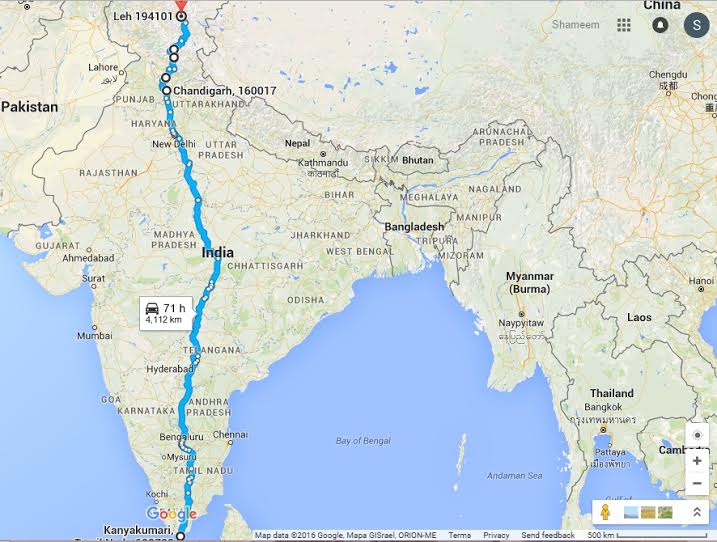 This 8,000 km journey is not the first mega step he has ever taken. Earlier, on December 2015, he travelled all the way from Bengaluru to his Native in Odisha cycling (via Hyderabad, Vijayawada and Visakhapatnam). And that’s a total of 1,500 km, completed in eight-and-a-half days, with no support in anyway. It was him and his beloved social-network friends, whom he considers as his major motivating factor. And this time around, he’s taking it to extreme level with 8,000 km for double K2K (Kanyakumari-to-Kashmir). Interestingly, this journey is going to be a first-of-its-kind attempt in India ever attempted. It’ll be the heat of summer, and being absolutely all alone, in a race against time and distance will make it a herculean task.

Why is he doing this all?

As he says; “It’s all very simple. At the age of 50, 60 or 70, when sitting on an arm chair at home-balcony and looking back into memory lane; it would be really painful if I have to regret that when I had the time and capacity, I didn’t even try.”

Also, he’s promoting the message of “Live and Let Live”. After lot of analysis, he preferred to proceed with this cause of “Being Human” which he himself tries to follow to possible limit. Apart from this, he also wants to help those financially challenged athletes whose talent go waste due to lack of resources. On personal note, he’s already in process of helping a few such talents, but that support (from his small-in-size pocket) can hardly make a difference. But, it can obviously make a beginning; and that’s what he’s trying with this Double K2K fund-raising.

The Don’t Give Up World Team salutes the spirit of this man and appeals our readers to follow him on Facebook, join him in your city, and extend your countable support if possible. 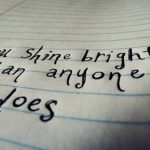 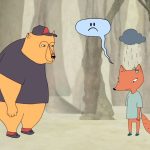