Ronda Rousey was knocked out in the UFC octagon by Holly Holm in the main event at UFC 193 on November 15, 2015. It couldn’t have been any more embarrassing for Ronda who was tipped to be the favorite after winning twelve consecutive MMA fights which included eleven first round wins. Ronda, who was the first Judo player from the US to win a medal at the Olympics decided to take time off from competitive martial arts. But, the wait has finally ended.

Ronda will make a comeback to the Octagon this December in the UFC 207 clash with Amanda Nunes and this video shows exactly why Nunes should be afraid of her.

Doesn’t matter whether you are a fan or not, this comeback story is one for the ages. Will the Judo girl conquer her fears and win the title or will she fall to the power of Amanda Nunes? 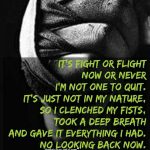 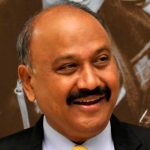