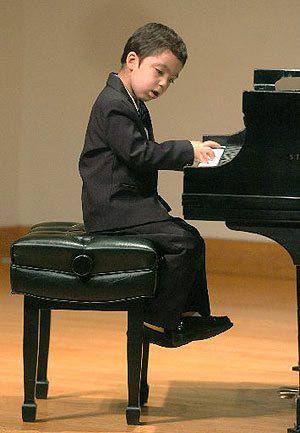 The story of Roby the Piano player

This is the story of Robby.

He was a young boy who lived with his elderly Mother. His mother wanted him to learn how to play the piano because she Longed to hear her son play for her. She sent her son to a piano teacher who Took Robby in under her guidance.

However, there was one small problem Because Robby was not musically inclined and therefore was very slow in Learning.

The teacher did not have much faith in the boy because of his Weakness. The mother was very enthusiastic and every week she would send Robby to the teacher .

One day Robby stopped attending the piano lessons. The teacher thought that He had given up and in fact she was quite pleased since she did not give Much hope to Robby. Not long after, the piano teacher was given the task to Organize a piano concert in town. She sent out circulars to invite the Students and public to attend the event.

Suddenly, she received a call from Robby who offered to take part in the concert. The teacher told Robby that He was not good enough and that he was no longer a student since he had Stopped coming for lessons.

Robby begged her to give him a chance and Promised that he would not let her down.

Finally, she gave in and she put him to play last, hoping that he will Change his mind at the last minute. When the big day came, the hall was Packed and the children gave their best performance. Finally ,

It was Robby’s Turn to play and as his name was announced, he walked in. He was not in Proper attire and his hair was not properly groomed.

The teacher was really Nervous since Robby’s performance could spoil the whole evening’s brilliant Performance.

As Robby started playing the crowd became silent and was amazed At the skill of this little boy. In fact, he gave the best performance of The evening. At the end of his presentation the crowd and the piano teacher Gave him a standing ovation. The crowd asked Robby how he managed to play so Brilliantly.

With a microphone in front of him, he said, “I was not able to Attend the weekly piano lessons as there was no one to send me because my Mother was sick with cancer.

She just passed away this morning and I wanted Her to hear me play. You see, this is the first time she is able to hear me Play because when she was alive she was deaf and now I know she is listening To me. I have to play my best for her!”

This is indeed a touching story of love and excellence. When you have a Passion and a reason to do something, you will surely excel.

You may not be Talented or gifted but if you have a strong enough reason to do something, You will be able to tap into your inner God given potential.

” Find the good. It’s all around you. Find it, showcase it and you’ll start Believing in it.” 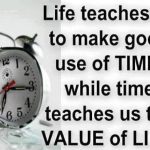