Sir Edmund Hillary was the first man to climb Mount Everest. On May 29, 1953 he scaled the highest mountain then known to man-29,000 feet straight up. He was knighted for his efforts.

He even made American Express card commercials because of it! However, until we read his book, High Adventure, we don’t understand that Hillary had to grow into this success.

You see, in 1952 he attempted to climb Mount Everest, but failed. A few weeks later a group in England asked him to address its members.

Hillary walked on stage to a thunderous applause. The audience was recognizing an attempt at greatness, but Edmund Hillary saw himself as a failure. He moved away from the microphone and walked to the edge of the platform.

He made a fist and pointed at a picture of the mountain. He said in a loud voice, “Mount Everest, you beat me the first time, but I’ll beat you the next time because you’ve grown all you are going to grow… but I’m still growing!” 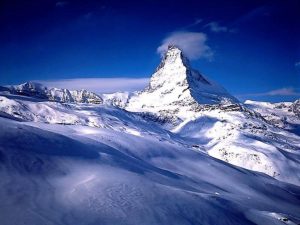