Bringing a giraffe into the world is a tall order. A baby giraffe falls 10 feet from its mother’s womb and usually lands on its back. Within seconds it rolls over and tucks its legs under its body. From this position it considers the world for the first time and shakes off the last vestiges of the birthing fluid from its eyes and ears. Then the mother giraffe rudely introduces its offspring to the reality of life. 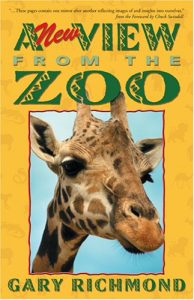 The mother giraffe lowers her head long enough to take a quick look. Then she positions herself directly over her calf. She waits for about a minute, and then she does the most unreasonable thing. She swings her long, pendulous leg outward and kicks her baby, so that it is sent sprawling head over heels.

When it doesn’t get up, the violent process is repeated over and over again. The struggle to rise is momentous. As the baby calf grows tired, the mother kicks it again to stimulate its efforts. Finally, the calf stands for the first time on its wobbly legs.

Then the mother giraffe does the most remarkable thing. She kicks it off its feet again. Why? She wants it to remember how it got up. In the wild, baby giraffes must be able to get up as quickly as possible to stay with the herd, where there is safety. Lions, hyenas, leopards, and wild hunting dogs all enjoy young giraffes, and they’d get it too, if the mother didn’t teach her calf to get up quickly and get with it.

Stone was once asked if he had found a thread that runs through the lives of all these exceptional people. He said, “I write about people who sometime in their life have a vision or dream of something that should be accomplished and they go to work.

“They are beaten over the head, knocked down, vilified, and for years they get nowhere. But every time they’re knocked down they stand up. You cannot destroy these people. And at the end of their lives they’ve accomplished some modest part of what they set out to do.”

By Craig B. Larson 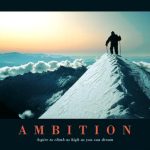