A good friend of mine named Christina has an amazing gift, I think many people forget they have it in themselves. The gift of compassion. Why do I call it a gift? Because she gives it to others. You see Christina fosters kittens who have no home. She goes out and rescues kittens from the wild. She cares for them, makes sure they are healthy and finds good homes for them. One very special kitten recently came in to her life. Her name is Savannah. When Christina found Savannah she was not in good condition. She was dirty, afraid and unhealthy. As with all new kittens, Christina, takes them in to her home, cleans and feeds them. Once they have reached 2 pounds, she takes them to the vet where they are tested and vaccinated. I remember this day well. Christina had called with sadness when she found out Savannah had tested positive for FIV. It’s a disease that is specific to felines and is similar to AID’s. Not doing much better then the day Christina found her, Savannah had stopped eating and began loosing a lot of weight. You could see the bones through her thin skin. Finally she stopped walking and eating altogether. Many would consider this a loosing battle. Christina would spend nights holding Savannah, simply trying to make her feel better. All the time, Christina herself was getting worse. She would be in tears, worrying about Savannah. The thought of Savannah loosing her life was tearing Christina apart. There are many in the world that see FIV as a life sentence. Kittens with FIV are not expected to survive and the ones who do often need special care. Since FIV is easy to spread when kittens are playing, Savannah had to be kept apart from all the other kittens. Christina was the only friend she had come to know. Christina though sad and hurting herself, never gave up. She had awoken early one morning and began searching the internet for information. After a little searching, she found that there was some hope for Savannah. With some special medicine, and care, she found out that Savannah might have a chance to get better and live a healthy life. Christina made many calls trying to obtain the medicine, caring nothing of the cost. She was finally able to find a shelter that would order the medicine for her, at no cost. She began to give Savannah the medicine, and feeding her fluids with a syringe. In short time, Savannah began to gain a little weight, and start walking again. It was no time before she was up and playing. One night Christina brought Savannah over to play. I will never forget the look in Christina’s eyes, and the feeling of playing with a kitten who many would have given up on. This was a truly heart warming experience. Savannah had just recently been tested again. This time she came up negative for FIV. In many cases, mothers can pass this disease on to her kittens, and in some cases the kittens, are able to shed it off over time. Savannah was now a healthy playful kitten, with the rest of her life to enjoy a world she may have never known. There is no doubt in my mind that Savannah will have a better life because of Christina. I also know that Christina herself will have a better life because of Savannah. I have read a-lot of inspirational stories, but this one, the one I have been able to write will live with me forever. It reminds me that love and compassion do make a difference, and to never give up on someone or something you believe in. Today is Wednesday the 23rd of June 2004. Savannah will be going to the Vet to set spade tomorrow morning. In a week or two she will be ready for adoption. Hopefully to a family that she can have a loving and compassionate impact upon. 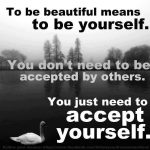 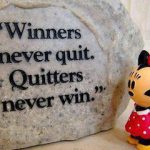