If you think hard work is the only reason for the success you might say i’m wrong after watching this insightful scientific explanation of Tai Lopez.

Not everybody is a winner as soon as you wake up to that you’ll realise how much you’ve lost. Don’t be narcissistic and matter of fact if you are going to deny the fact you’ll be honoured by pain.

Tai Lopez shares the scientific explanation of success based on  psychometric personality test called Hexaco. Hexaco tests your personality with different facets in which the success is related to a facet called  conscientiousness.

Conscientiousness is further divided into 4 sub facets. One is  perfectionism which means double checking your work, it contributes 25% of success. Second one is  diligence commonly called as hard work with nearly accounts for another 25%. Third one is  Prudence which means ability to take a decision correctly.

According to Tai you’ve to rewire you’re habits through books and mentors.  He gives a practical example of the concentration level drop in the man to five seconds which is less when compared to a Gold fish.

Using real life practical things you can improve yourself. He says it doesn’t mean those with higher IQs are successful,  Warren Buffett says you only need 125 IQ to be a billionaire.

By projecting the facts that Tai shares in this video you can pick one nugget a day that will change your life. 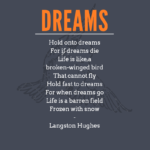 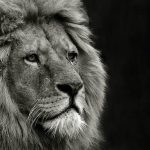