Motivational Quote by Sam Manekshaw on how to make Leader

Give me a man or a woman with common sense and who is not an idiot and I assure you can make a Leader out of him or her.

Field Marshal Sam Hormusji Framji Jamshedji Manekshaw, MC (3 April 1914 – 27 June 2008), widely known as Sam Manekshaw and Sam Bahadur (“Sam the Brave”). He was the Chief of the Army Staff of the Indian Army during the Indo-Pakistani War of 1971. First Indian Army officer promoted to the rank of field marshal.

His military career spanned four decades and five wars. Beginning with service in the British Indian Army in World War II. Manekshaw joined the first intake of the Indian Military Academy, Dehradun in 1932. He commissioned into the 4th Battalion, 12th Frontier Force Regiment.

In World War II, he was awarded the Military Cross for gallantry. Following the partition of India in 1947, he reassigned to the 8th Gorkha Rifles. Manekshaw seconded to a planning role during the 1947 Indo-Pakistani War and the Hyderabad crisis, and as a result, he never commanded an infantry battalion.

He became commander of 167 Infantry Brigade in 1952 and served in this position until 1954. After then he took over as the Director of Military Training at Army Headquarters.

After completing the higher command course at the Imperial Defence College. He also served as the Commandant of the Defence Services Staff College. In 1961, Manekshaw made derogatory comments about the political leadership which allowed his opponents to label him as unpatriotic.

Having already commanded troops at division, corps and regional levels, Manekshaw became the seventh chief of the army staff in 1969. Under his command, Indian forces conducted victorious campaigns against Pakistan in the Indo-Pakistani War of 1971, which led to the creation of Bangladesh in December 1971.

He received the Padma Vibhushan and the Padma Bhushan, the second and third highest civilian awards of India. In January 1973, Manekshaw conferred with the rank of Field Marshal, the first army officer of independent India so honoured. 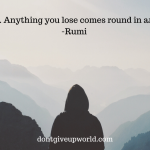 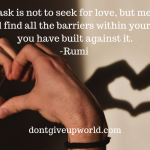