We are happy and content with what we have. We are busy with our daily activities to such an extent that we don’t even realize that there is someone nearby who is sleeping empty stomach and doesn’t even a roof above his head..!!

But not everyone is blind…

There are people who realized this and are working day in and day out to put the other people at ease!

Yes! I am talking about “Narayanan Krishnan”, the man who has devoted his life to help the powerless people. 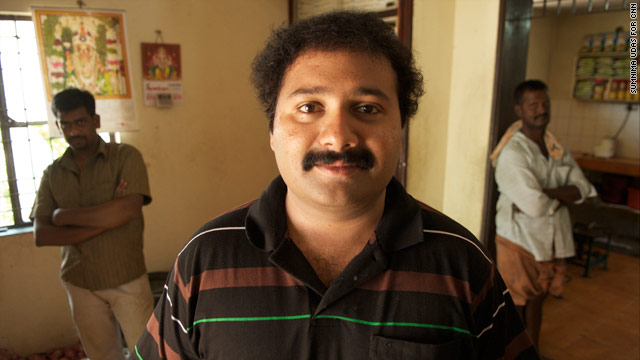 Narayanan Krishnan was a bright, young, award-winning chef with a five-star hotel group, short-listed for an elite job in Switzerland. But a quick family visit home before heading to Europe changed everything.

“I saw a very old man eating his own human waste for food,” Krishnan said. “It really hurt me so much. I was literally shocked for a second. After that, I started feeding that man and decided this is what I should do the rest of my lifetime.”

Krishnan was visiting a temple in the south Indian city of Madurai in 2002 when he saw the man under a bridge. Haunted by the image, Krishnan quit his job within the week and returned home for good, convinced of his new destiny.

“That spark and that inspiration is a driving force still inside me as a flame — to serve all the mentally ill destitutes and people who cannot take care of themselves,” Krishnan said.

Krishnan founded his nonprofit Akshaya Trust in 2003. Now 29, he has served more than 1.2 million meals — breakfast, lunch and dinner — to India’s homeless and destitute, mostly elderly people abandoned by their families and often abused.

Krishnan said the name Akshaya is Sanskrit for “undecaying” or “imperishable,” and was chosen “to signify [that] human compassion should never decay or perish. … The spirit of helping others must prevail for ever.” Also, in Hindu mythology, Goddess Annapoorani’s “Akshaya bowl” fed the hungry endlessly, never depleting its resources.

Krishnan’s day begins at 4 a.m. He and his team cover nearly 125 miles in a donated van, routinely working in temperatures topping 100 degrees Fahrenheit.

He seeks out the homeless under bridges and in the nooks and crannies between the city’s temples. The hot meals he delivers are simple, tasty vegetarian fare he personally prepares, packs and often hand-feeds to nearly 400 clients each day.

Krishnan carries a comb, scissors and razor and is trained in eight haircut styles that, along with a fresh shave, provide extra dignity to those he serves.

He says many of the homeless seldom know their names or origins, and none has the capacity to beg, ask for help or offer thanks. They may be paranoid and hostile because of their conditions, but Krishnan says this only steadies his resolve to offer help.

“The panic, suffering of the human hunger is the driving force of me and my team members of Akshaya,” he said. “I get this energy from the people. The food which I cook … the enjoyment which they get is the energy. I see the soul. I want to save my people.”

The group’s operations cost about $327 a day, but sponsored donations only cover 22 days a month. Krishnan subsidizes the shortfall with $88 he receives in monthly rent from a home his grandfather gave him.

Krishnan sleeps in Akshaya’s modest kitchen with his few co-workers. Since investing his entire savings of $2,500 in 2002, he has taken no salary and subsists with the help of his once-unsupportive parents.

“They had a lot of pain because they had spent a lot on my education,” he said. “I asked my mother, ‘Please come with me, see what I am doing.’ After coming back home, my mother said, ‘You feed all those people, the rest of the lifetime I am there, I will feed you.’ I’m living for Akshaya. My parents are taking care of me.”

For lack of funding, the organization has been forced to halt construction on Akshaya Home, Krishnan’s vision of a dormitory where he can provide shelter for the people he helps. Despite the demands and few comforts his lifestyle affords, Krishnan says he’s enjoying his life.

“Now I am feeling so comfortable and so happy,” he says. “I have a passion, I enjoy my work. I want to live with my people.” 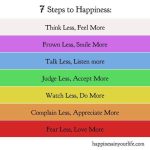 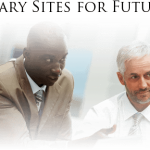