This 10-year-old boy wonder from Jehanabad, Bihar showed immense courage to risk his life and save four girls from drowning in the river.

Girls from Gopalpur village in Jehanabad had gone to school on Monday. While on their way back, they had to cross a river. At that time, some of the girls trembled and slipped into the river. Due to the strong river current, they were on the verge to drown. Luckily, the mishap caught the attention of 10-yer-old Vipin, who without thinking twice, plunged into the river to rescue them.

He braved the current and one-after-another rescued the girls by bringing them to the shore. However, the sole rescuer could not save two of the girls who were washed away by the strong current and died in the mishap.

The Section District Magistrate has promised to felicitate Vipin for his bravery.

Don’t Give Up World Team  applauds Vipin for his immense courage. The way this 10-year-old risked his life to save the girls is almost an impossible for someone of his age. We hope the government gives him recognition for his bravery and he gets nominated for National Bravery Award. 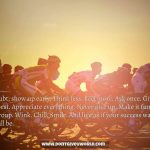 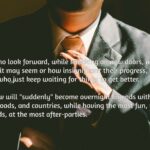