“The Roots of Hard Work Are Bitter, But The Fruit Is Sweet.” 23-year-old Sandip Akde has justified this quotation by clearing his final exam to become a Chartered Accountant (CA).

Sandip’s father, Devidas Akde, spent his entire adult life as a porter at grocery shops. When his age did not permit him to do arduous work, he started to work as a watchman at a petrol pump, earning a meagre Rs. 7,000 a month. He has finally unburdened himself with the achievement of his son.

Sandip was inspired by his friend to take up CA. His father opposed the decision as it was not possible to spend the huge amount of money.

Initially, Sandip was worried about the coaching fees as well. He knew that he would have to clear the exam in the first attempt without any help. His brothers had to drop out of school because of the financial constraints.

He would spend hours studying and reading course books. With sheer determination and concentration, he cleared the exam in the first attempt.

Sandip also saved the money by working under Earn and Learn Scheme and used his savings to pay the registration fees.

As he cleared the first group, Sandip realised that he would need coaching for his final exams. He sought a loan to pay for the classes.

The CA article ship training expected constant travelling and Sandip quit his MCom despite having completed his first year.

He joined a library, Ambedkar Bhavan, which charged minimal rent for the facility. After studying there, he would go for the training and would come back to study again and then take back the last bus home.

Sandip has set his eyes on the Big4. He wants to get a job with the Big4 as they are renowned accounting firms; he hopes to earn a salary that justifies his capabilities.

Sandip has made his parents and family proud. Also, he is the first person in his extended family to clear senior secondary education. 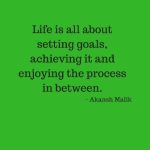 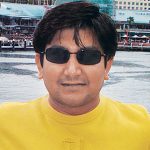