Samule Stokes belonged to a wealthy American family based in Philadelphia. His father was the founder of Stokes & Parish Machine Company which was leading manufacturer of elevators in USA. In 1904, 22 aged Samuels set sail to work for a leper home at Subathu in Simla Hills, India. While working for Leprosy patients, he fell in love with India and Indians. He made India his home and worked for the nation throughout his life.

In the early years of his stay, Samuel developed immense love for India. While working for the Leprosy patients in Shimla, on suggestion of Archbishop Of Canterbury, he created a group of monks committing to live in poverty and aid the ill.

After living in voluntary poverty for around two years, Samuels then bought farming land, married a Rajput – Christian girl and settled in Shimla. He would teach poor children in his extra time.

The biggest contribution by him happened when he identified a new strain of Apples developed by Stark Brothers of Luisiana, United States as being suitable for cultivation in Simla hills. He started growing this new strain of Apples and also shared seeds with other villagers. This became a revolutionary development of the region. Apple farming is a key source of earnings in this region till today.

He made his last visit to his family in United States in the year 1914 and after staying there for one and half years, he returned to India. He was doing good with his farms and social activities till the brutal Jalianwala Bagh Massacre happened. He associated himself with India’s independence movement and participated in the non cooperation movement led by Gandhi Ji. Samuel belived in Gandhi and followed his philosophy throughout his life. He was the rare non Indian along with C F Andrews (Gandhiji‘s friend and a Christian missionary who supported India’s freedom from British rule) to have participated in Indian Independence Movement.

Stokes worked with national leaders of the independence movement and was the only non Indian member of All India Congress Committee(AICC). In September 1920, when the viceroy of India, made a trip to Baghi in the interiors of Himachal Pradesh, thousands of poor villagers were called upon as begar labour to serve him. The villagers were in the midst of sowing winter crops, so it was hard for them to get away at this time. Stokes was greatly troubled to see the plight of the people and wrote an article ‘The Viceregal Trip’ describing their situation. The article was published by Gandhi in Young India and drew national attention. Stoke took up Khadi on Gandhiji’s call when he put his clothes in a fire lit by Gandhiji on 31st July 1921 at Parel, Mumbai. His family wore Khadi and would spun Charakha everyday.

Stokes was arrested in 1921 by British Government under charges of sedition and promoting hatred. He is the only American jailed by Britishers for participation in India’s Independence Movement. The British CID also maintained a file on him.

“Stokes should feel with and like an Indian, share his sorrows and throw himself into the struggle, has proved too much for the government. To leave him free to criticise the government was intolerable, so his white skin has proved no protection for him…” – Mahatma Gandhi on Stoke’s arrest in 1921.

Stokes converted to Hinduism in 1932 and renamed himself as “Satyananda”. His wife also renamed herself as “Priyadevi”. He died on May 14, 1946.

In his entire life time, Stokes maintained a strong sense of social justice, worked for India and gave his huge contribution to the nation. Despite his unparalleled contribution, the nation has forgot him. Only one photograph of him hangs at the Nehru Memorial Museum and Library, New Delhi. Not many people of current generation know about Stokes and it remains a sad reality. 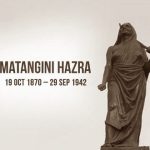 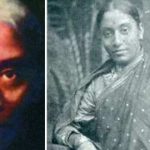