Menu
Follow us
Search
Everybody aspires for something great when they don’t make it they aspire for their loved ones to make it big. Gopal Singh Bisht is a cook in the army, who had big hopes and dreams for his kid Rajendra. He brought him up, aspiring him to dream big to join the army. Rajendran did make his dad proud

Rajendran was one of the 609 cadets who graduated from Indian Military Academy in flying colors. That’s not all, he was adjudged as the best All round gentleman cadet and he was awarded the ‘sword of honor’ for the same. Gopal Singh Bisht was very proud of what his son did and credits his son for dreaming big at a young age. Bisht also mentions he was absolutely confident of his son achieving the feat.
The Don’t Give Up World congratulates Rajendra and his father Gopal Singh Bisht on the success. We wish Rajendra all the best wishes and salute him for his intent to keep India safe and make India proud. 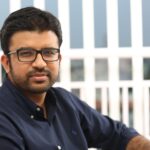 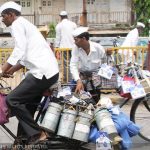