Today’s focus is on a man who revolutionized the retail business and made his way into the list of richest people in the world. There was a time in his life when he had to leave his college mid-way and take up odd jobs to feed himself. He did menial jobs like cleaning hotel rooms and driving a taxi.

But his determination to achieve something big in life led him to establish small retail outlets in Gulf countries. Today, those outlets have transformed into a huge company and making a turnover of around Rs 45,000 crore. This is a highly inspirational journey of a man who is now known as the king of retail business.

Meet Micky Jagtiani, the founder of Dubai-based retail chain Landmark group. Born in Kuwait, he completed his schooling from Mumbai and Lebanon. Born to a small businessman father got him interested in business operations at an early age. He wanted to start his own business but his family pressurized him into studying further and he took admission in the London Accounting School.

Studies could not hold his interest for a long time and he quit college to set up his own business. But the biggest challenge in front of him was to arrange his own food and somehow get through the day. He tried to look for opportunities everywhere but all he could find was a cleaner’s job in a hotel. His days were busy and full of physical hardwork. After working as a hotel cleaner for a few months he began driving taxi in London.

After doing odd jobs for one year he decided to go back to his home but hell broke loose. His parents fell grievously ill and died in a very short span of time. There was no time for Micky to mourn the loss of his parents and had to look after his father’s business of selling clothes and toys for children. In the year 1973, he jumped into this retail business in Bahrain from $ 6,000 that his father had saved.

In the initial years, Micky did everything all by himself because he could not afford any help. His shop began seeing high sales in a matter of few years and he planned on expanding his business. This was the time when he established Landmark Group and began adding more retail stores to his business.

Jagtiani decided to venture into those areas of business where he can expand his customer base. But he had to shift his business operations to Dubai when the Gulf War began in 1992. From Dubai he began expanding his business in South Asia and other Arab countries. His ambitious nature led him venture into fashion, electronics, furniture and hotel industry. 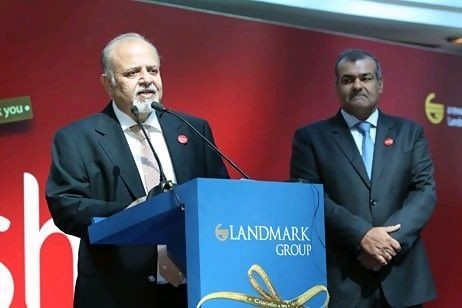 Today, there are more than 900 retail outlets under the banner of Landmark Group spread across 15 countries around the world. The man who once struggled to feed himself now employs more than 24,000 people. With a wealth of $ 6.6 billion (Rs 44,240 crore) he has become the tenth richest man in India and ranks 271 in the global list.

Micky has come a long way since his tough days but still feels the pain of the poor. He established a charitable organization in the year 2000 by the name LIFE (Landmark International Foundation of Empowerment). The organization is taking care of educational and medical needs of one lakh children in India and is also providing them with vocational training.

Many years back Micky Jagtiani had stopped going to college because he was too afraid of failing in the examinations. But several years later he has successfully overcome all the struggles of life and is helping shape future of so many people. 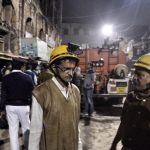 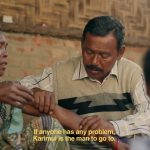