It takes the might of a Spartan to make it to the finishing line of the gruelling 246-km Spartathlon, an annual run between Athens and Sparta, which is widely considered as the toughest race in the world. On Saturday, 23-year-old Kieren Dsouza became the first Indian to reach the finishing line of this race in its 34-year history. The Bengaluru lad completed the 246.6 km distance in 33 hours, three minutes and 25 seconds and finished 86th among 270 participants. The cut off time was 36 hours. This is considerably a rare feat because till date only 50 per cent of the participants has been able to successfully complete the race.

Kieren had started to train for this race four years ago and became the first Indian to qualify this year. He is a designated Ultra Marathoner who has been regularly running at 160-km events. Last year, he won the Salomon Bhatti Lake’s 160km Ultra, finishing it in a record time of 20 hours 32 minutes. In the course of this race, Dsouza leg started to give trouble as he developed inflammation of a tendon after covering a distance of 195 kilometres, which somehow delayed his reach to the finishing line. For the next 50 kilometres, he kept setting small targets and finished a race more than a couple of hours before the cut-off. He also completed the 222 km La Ultra in Ladakh, and again became the only Indian to do so.

The Spartathlon is not about coming first or second, but it is all about the stamina a person has to finish the race. The participants who successfully complete the marathon are crowned with an olive wreath and a drink of water from the river Eurotas. Kieren’s feat is something that will be written in the book of glory in Indian sports. He returns to India in two days and will start his preparation for a 100km ultra marathon, which is to happen in Hong Kong next January. Besides, he will also participate in other events scheduled in France, Spain and Switzerland. He is now in dire need of funding for his upcoming ventures.

The Don’t Give Up World Community congratulates Kieren for his outstanding achievement, we hope to see more such feats in the upcoming races. We wish him all the best. 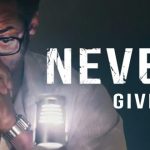 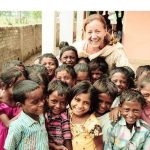